Let the Healing Begin/Let The Sunshine In

Posted on June 27, 2021 by CatLadyintheCanyon

On Thursday afternoon, June 24th, I drove home from my final radiation treatment with the sunroof down, the song “Aquarius/Let the Sunshine In” blasting from the CD player and my vocals working hard to keep up with Marilyn McCoo’s high notes.  A few weeks ago I couldn’t belt out much more than a squeak.  Cancer treatments even wore out my vocal cords in addition to every other muscle and organ in my body. I was emotionally and mentally drained at this point, but overjoyed with relief after having just completed the last of thirty-six radiation treatments over the past seven weeks.  I was done with having cancer and enduring chemo, surgery and radiation.  My only duty now was to heal from all that, which would take probably just as much patience as it did to undergo those harsh treatments. 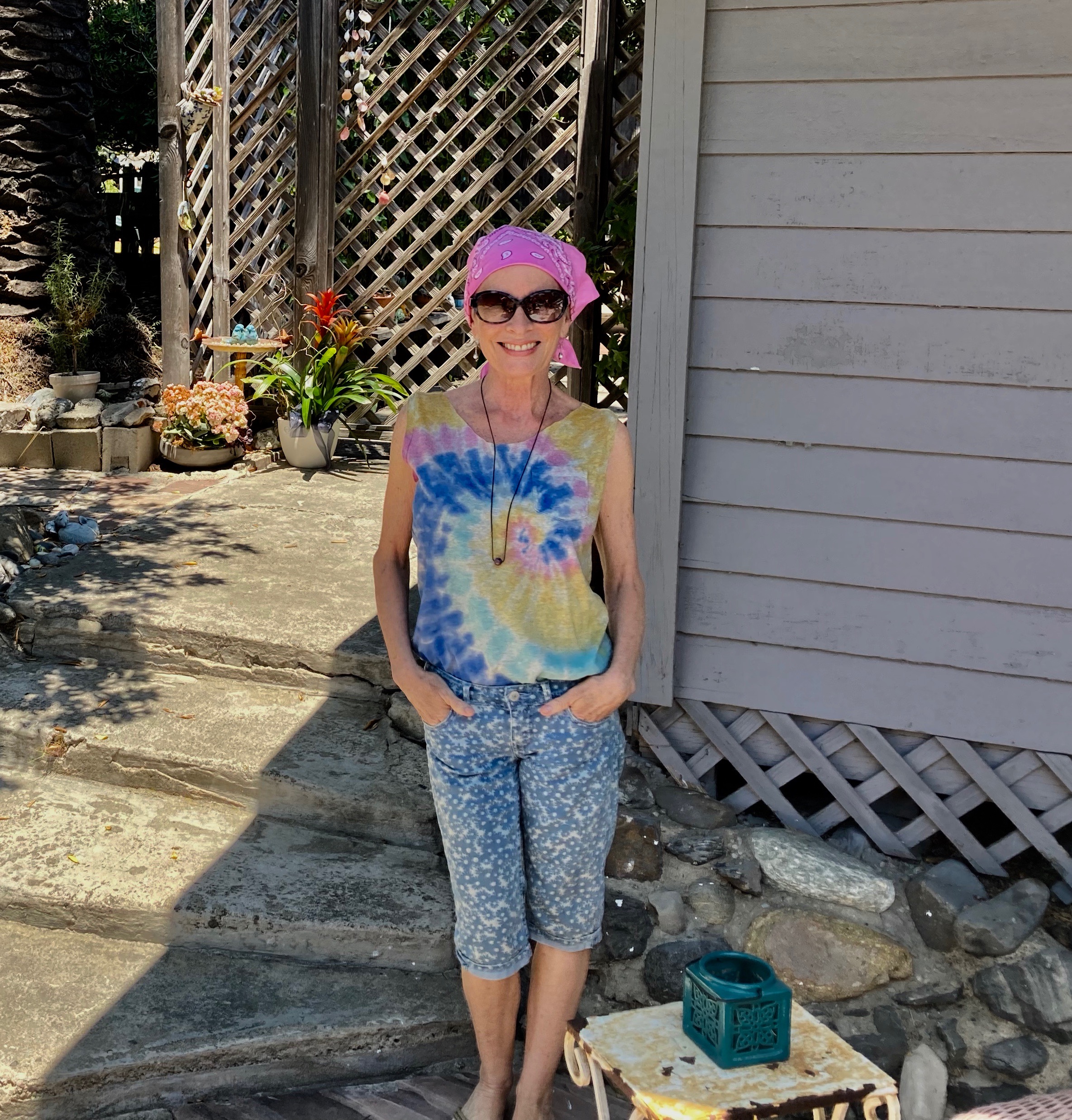 As I approached Laguna Beach, while inhaling the salty sea aroma and watching giant waves crash against a lofty cliff jutting out into the ocean, it occurred to me that it was almost eight months ago to the day that I’d been diagnosed with endometrial cancer, which ended up being stage IIIC—fairly advanced.  On that day, I had driven down Pacific Coast Highway on the way home from Hoag Hospital shaking with uncontrollable sobs and mental chatter driven by fear, which drowned out the sound of crashing waves and whatever song was playing on the radio.

As my drive home from my final radiation treatment continued, I reflected back to what has transpired over the past year since cancer made itself known with it sneaky symptoms that I initially thought were stress or a hormonal imbalance. 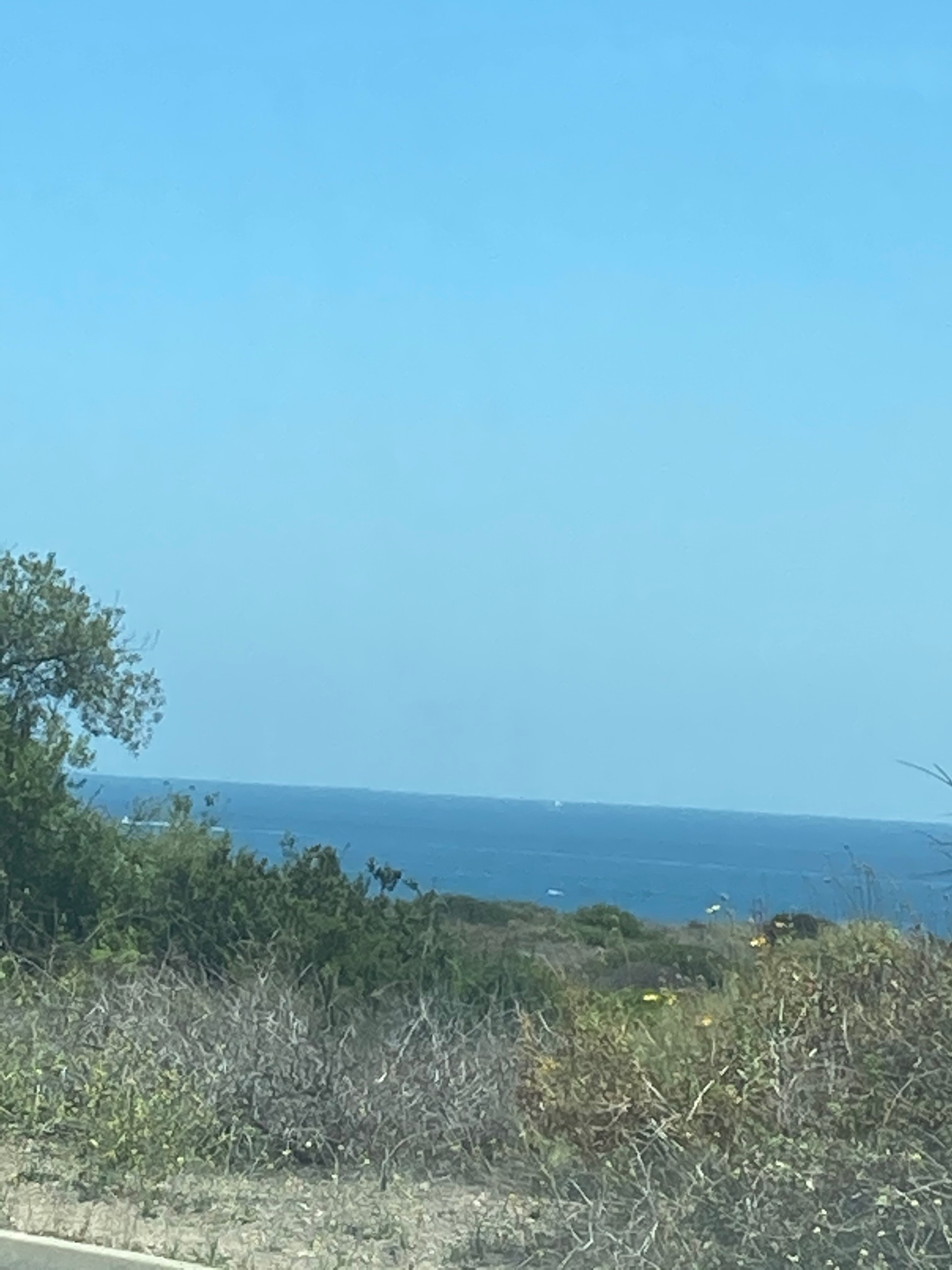 I’ve gone through varying types and phases of physical, emotional and mental torture beyond anything that my imagination could have concocted.   And this went on for seemingly so long, it’s hard to believe that the curtain finally closed on the debilitating dance that cancer and treatments choreographed in my body.  But the overwhelming sense of joy I felt as I made my way towards home was proof that the real-life nightmare was over.  The only thing missing from my celebratory drive home from Hoag Hospital was my long hair blowing in the wind.

Heather, one of the radiation therapists, all of whom were so inspirational and kept me coming back during those days when I almost quit. They were such a joy to work with. 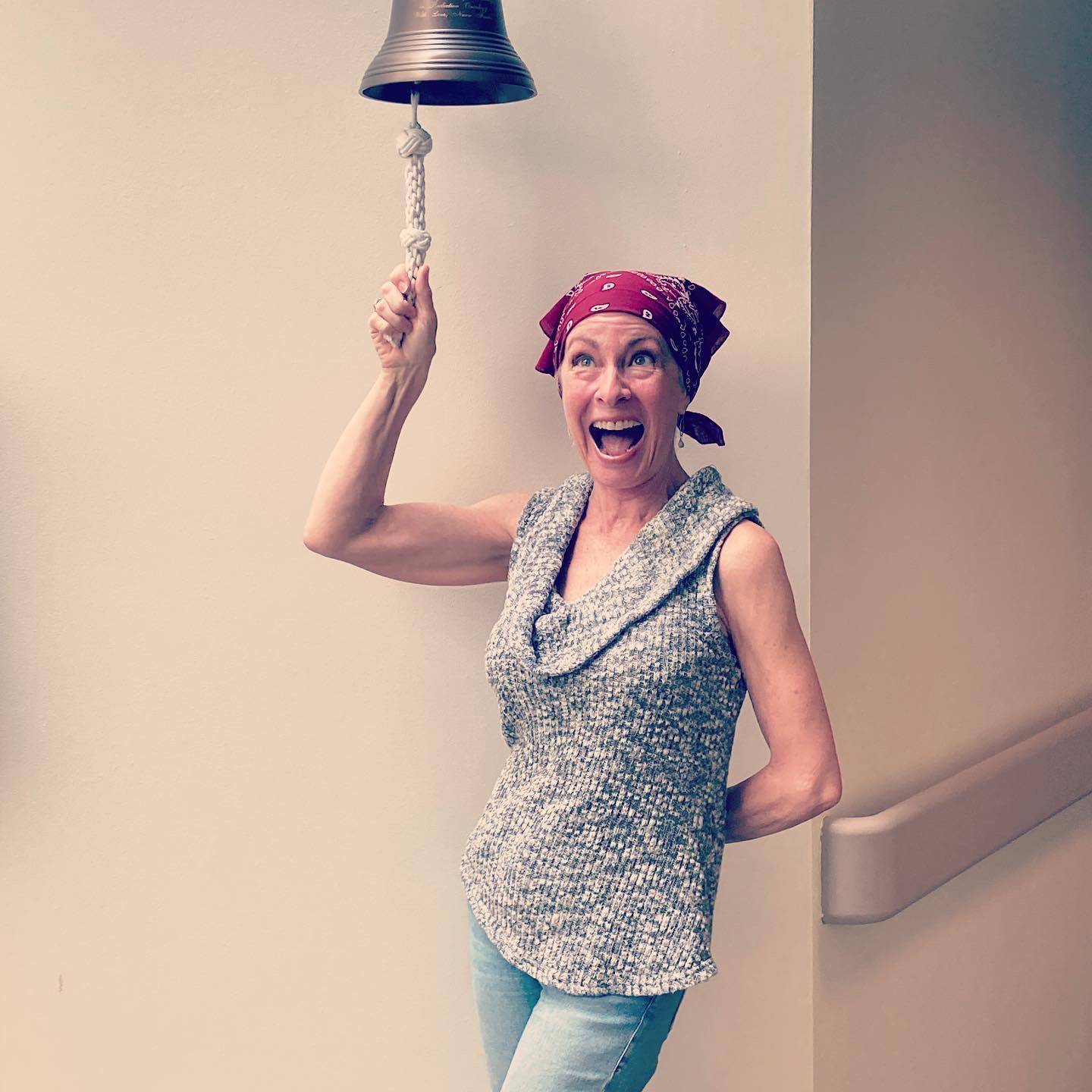 Ringing the bell after my last radiation treatment.

Just a few days before my last zap of radiation, I awoke feeling so beat-up, I was questioning if I could even get myself to Hoag for my thirty-third radiation treatment.  I have to move, I thought to myself.  I rolled out my yoga mat and after several Sun Salutations, Warrior poses and overall body stretches, I truly felt better.  I got up to make breakfast and in the meantime, Samantha took advantage of the yoga mat still on the floor and showed-off some of her own feline style yoga poses. 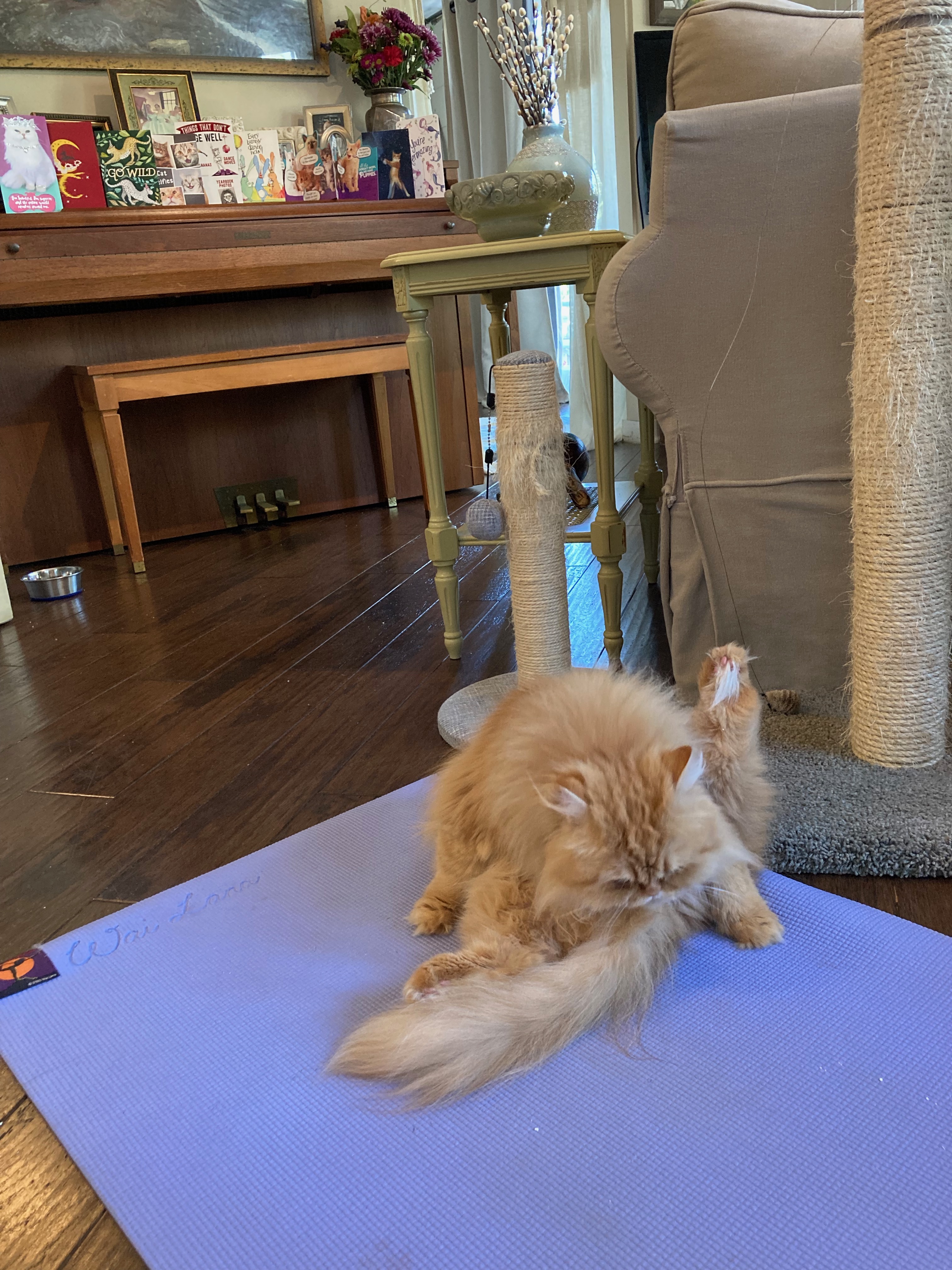 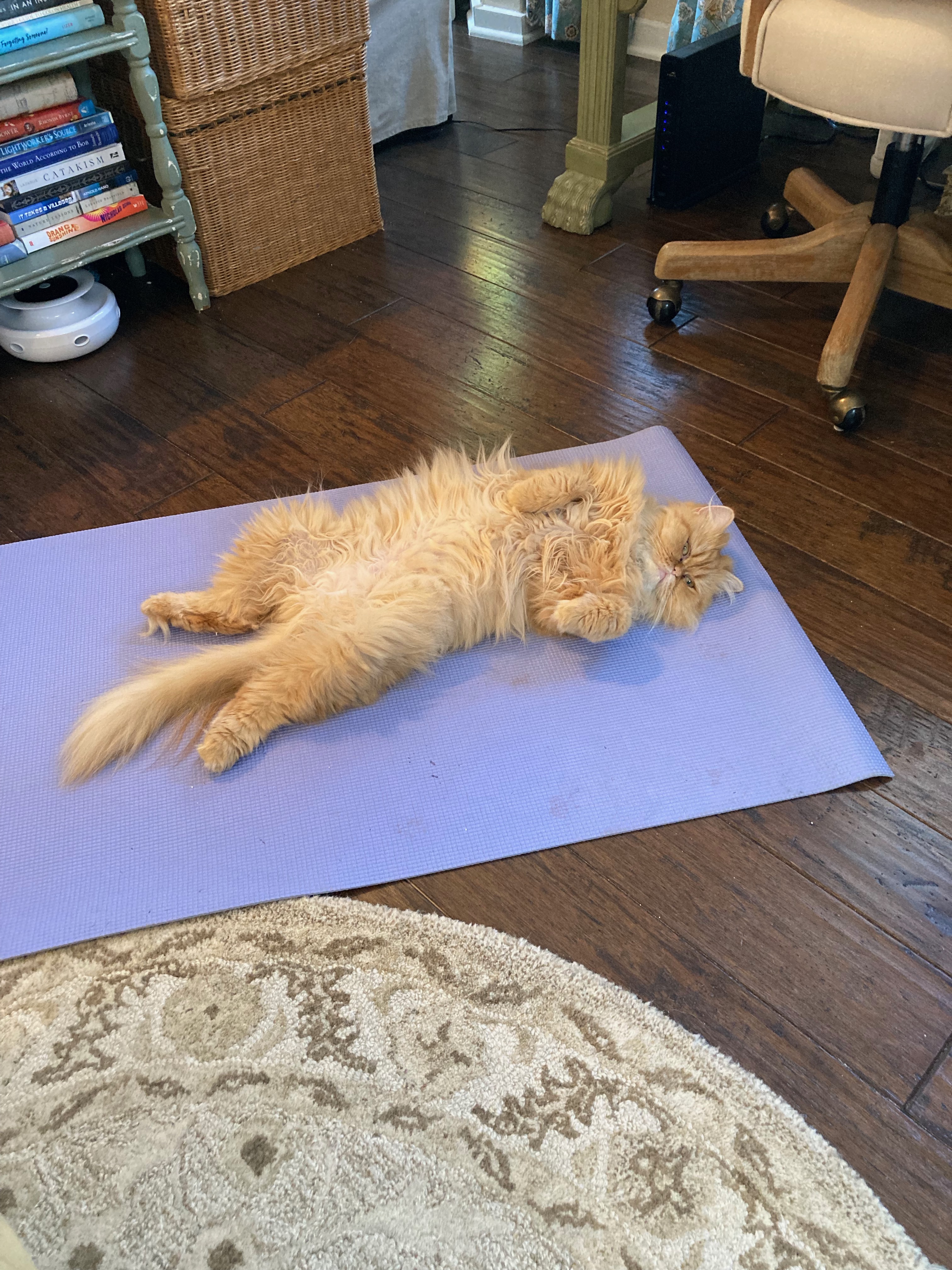 Let the healing begin—and let the sunshine in! 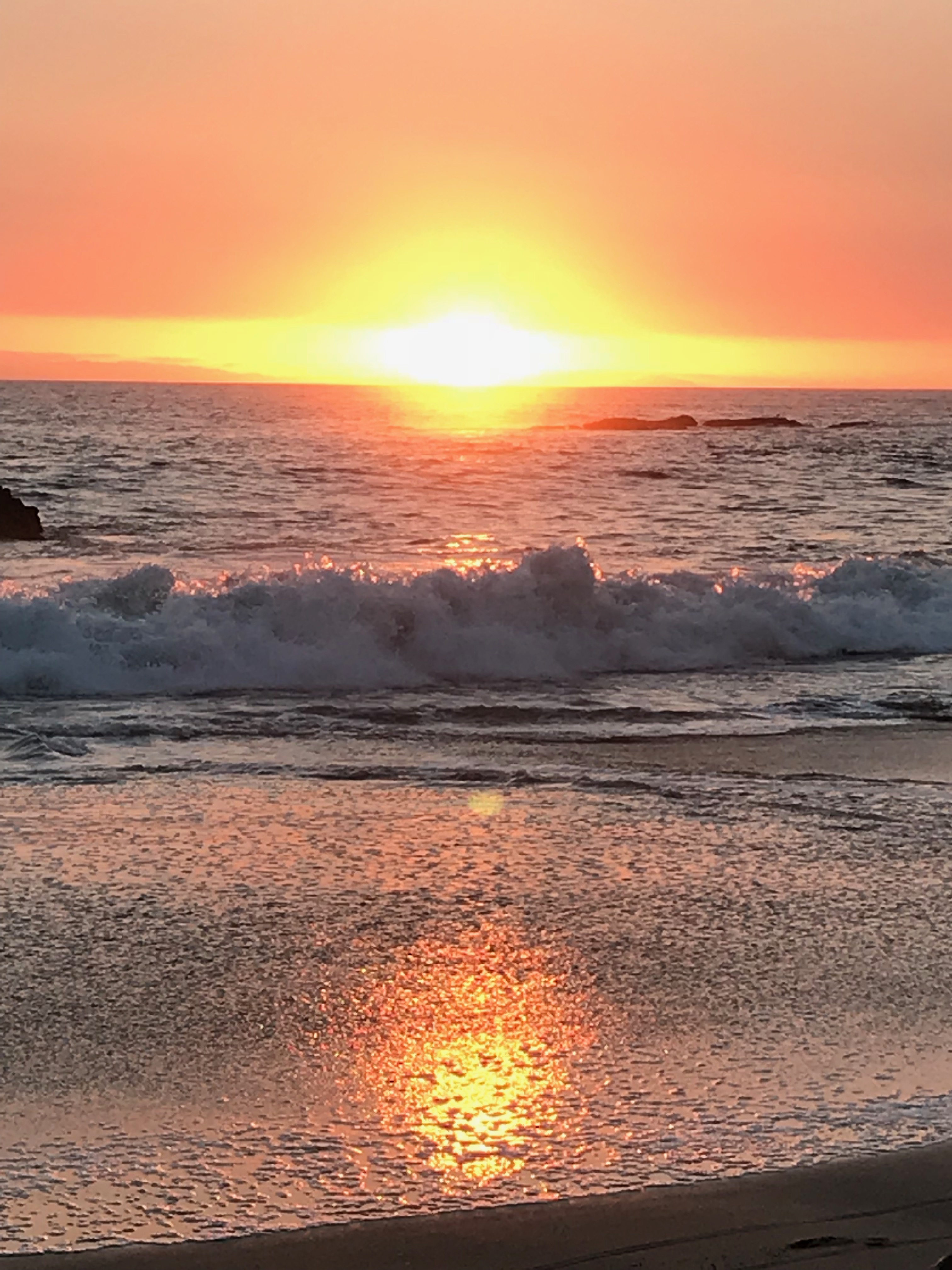 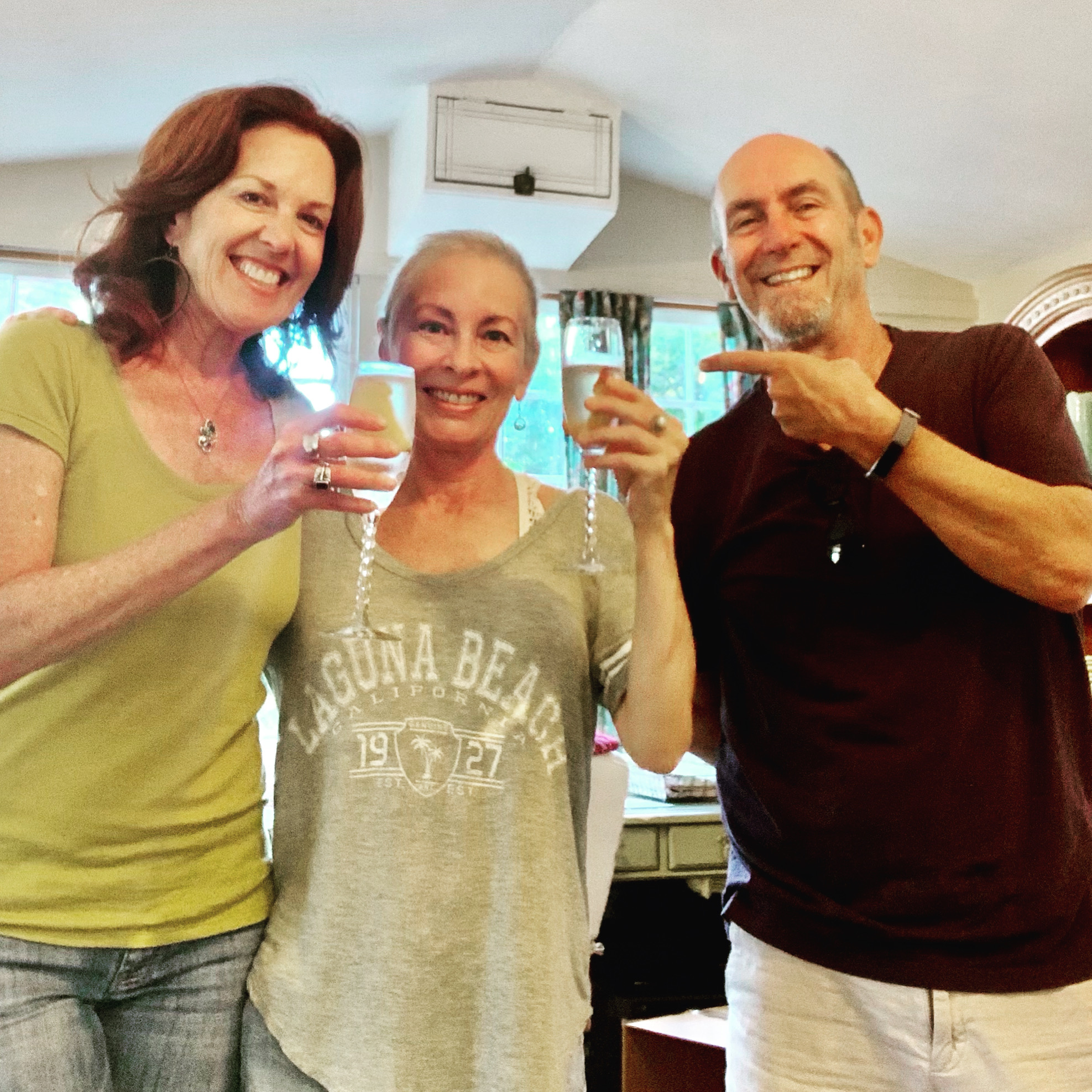 Alisa and Kurtis who were part of my kick cancer team!

To my “Help Cat Lady Kick Cancer” team of precious family members, friends and my supportive blogger and social media follower friends, THANK YOU with all my heart for your undying support and love.  I could not have been a cancer-fighting warrior without you!

And I have such gratitude for my loving Bobcat (RIP) and new feline sweetie-pie, Samantha, who are true testaments to the healing power of animals.

Bobcat…I miss you so much! 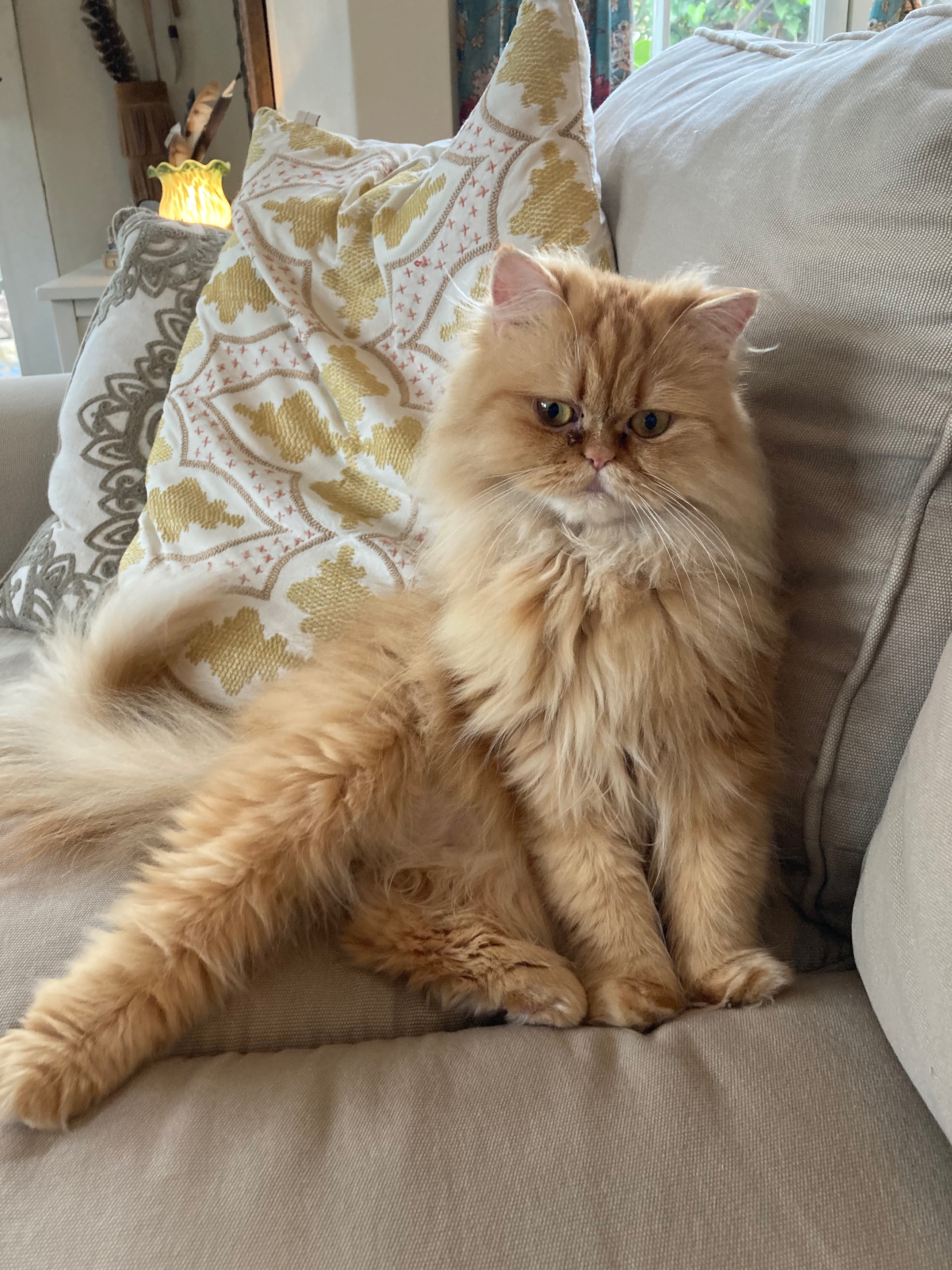 Samantha Jo, my new feline healer…you are so adorable!

14 Responses to Let the Healing Begin/Let The Sunshine In