The Reality of Radiation

Posted on May 31, 2021 by CatLadyintheCanyon

Friday, May 28th marked my eighteenth radiation treatment, a milestone reaching the halfway point.  A week ago, I didn’t think I could go much further down the radiation road.  Because of what is getting radiated—my pelvic area, colon and the para-aortic lymph node, the side effects have been, at times, worse than chemo.  Initially, my radiologist told me that I’d receive twenty-five to twenty-eight treatments.  I could not get an answer on why the radiation treatments increased to thirty-six other than my treatment plan included thirty-six from the get-go.  I chalked it up to miscommunication, but was not comfortable with getting such a high dose of radiation.  I got a second opinion from a radiologist with a different medical group who put me at ease with a reasonable explanation for how the number of treatments are decided based on standards that are calculated from studies done over the years. Different cancers have different treatment schedules.  Basically, the number of treatments administered is enough to kill remaining undetectable cancer cells without causing permanent damage to the organs being impacted by the radiation. Long-term side effects are still a possibility, but are slim to none.  He further explained that I need more treatments to the lymph node than the pelvic area because the tumor that formed in the node was about the size of a sugar cube and contained about a billion cancer cells, and odds are, about a million undetectable cancer cells could still remain in the node. Yikes! 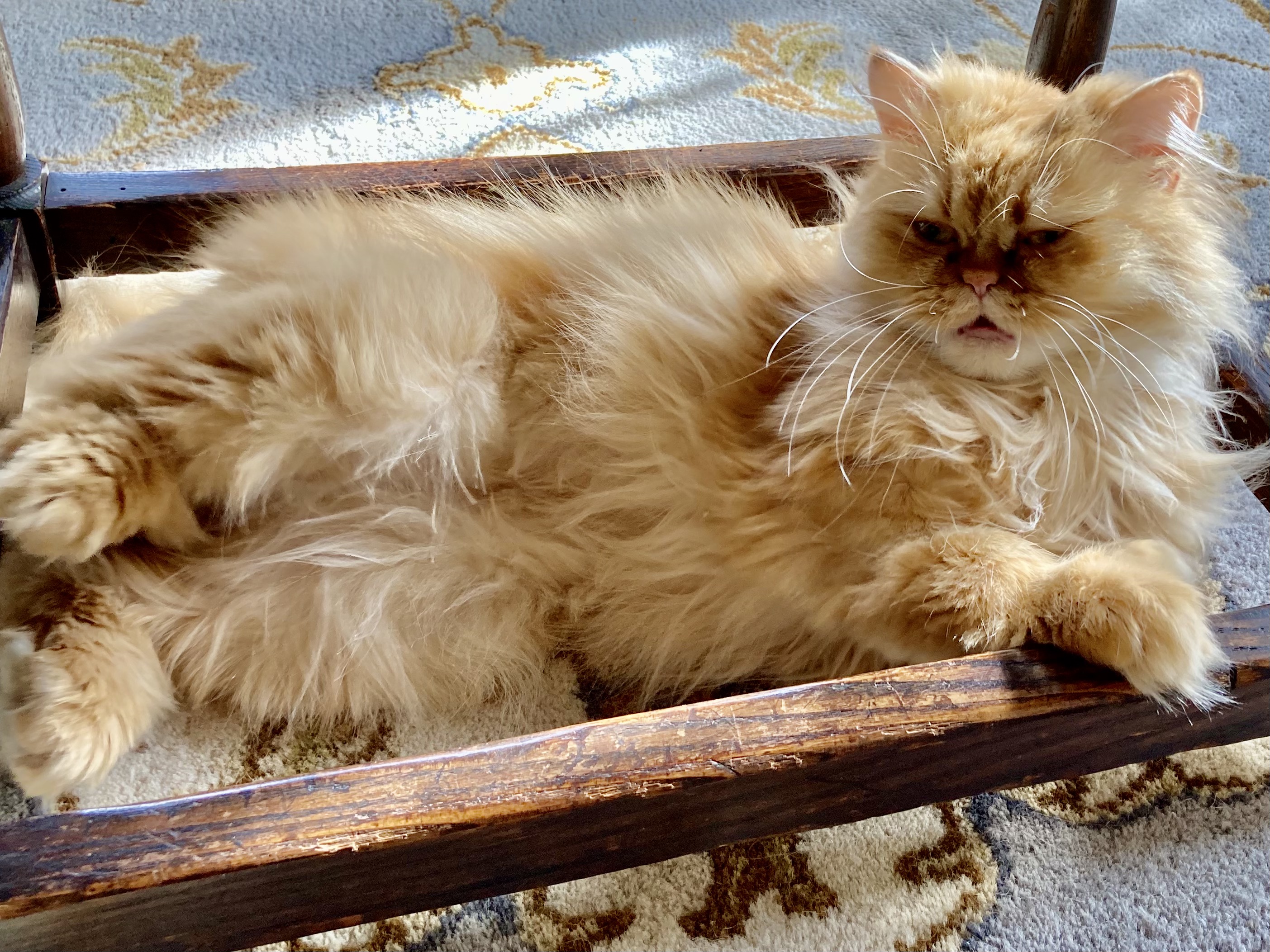 Excuse me, how many cancer cells?

Even though radiation targets only the cancer cells, good cells get damaged in the surrounding target area, mostly to the GI system in my case.  The good cells kick into healing mode after each treatment so I’m very fatigued most of the time, and the GI issues, well, let’s just say I’ve been miserable.  I’ve lost a couple pounds in the midst of still working on gaining weight.  My stamina is weak again and my nerves fragile.  But—the second opinion doctor assured me my body would indeed heal despite the draining short-term side effects. Being in excellent health for most of my adult life will support my healing and will help to sidestep the potential long-term side effects of radiation.  So there is something to be said about a healthy lifestyle despite getting cancer.  It will help the odds of me coming back strong and never seeing a cancerous tumor in my body again.  The second opinion radiologist ended our Zoom meeting by asking me if having peace of mind knowing that I did everything I could do to kill cancer cells would be worth living through the short term side effects. 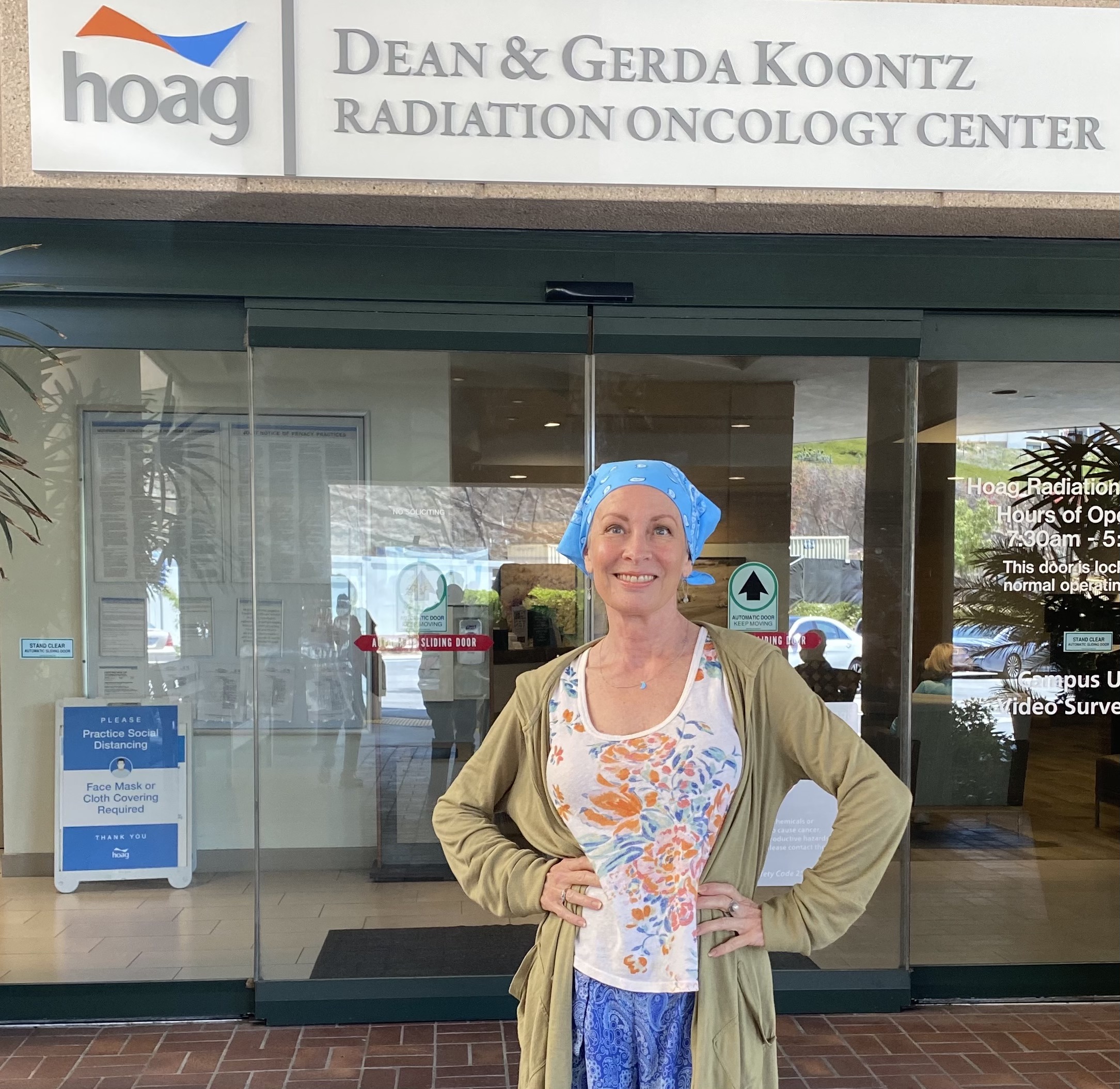 I’ve read several Dean Koontz novels over the years, even sat next to him at a BIA dinner meeting and chatted with him about my favorite book of his, Watchers.

You betcha it would be worth it.

And how, you ask, do I manage the bad days?  Lots of naps and a recent prescription of Lomotil to quell the GI distress has been a godsend, but the best medicine is Samantha. 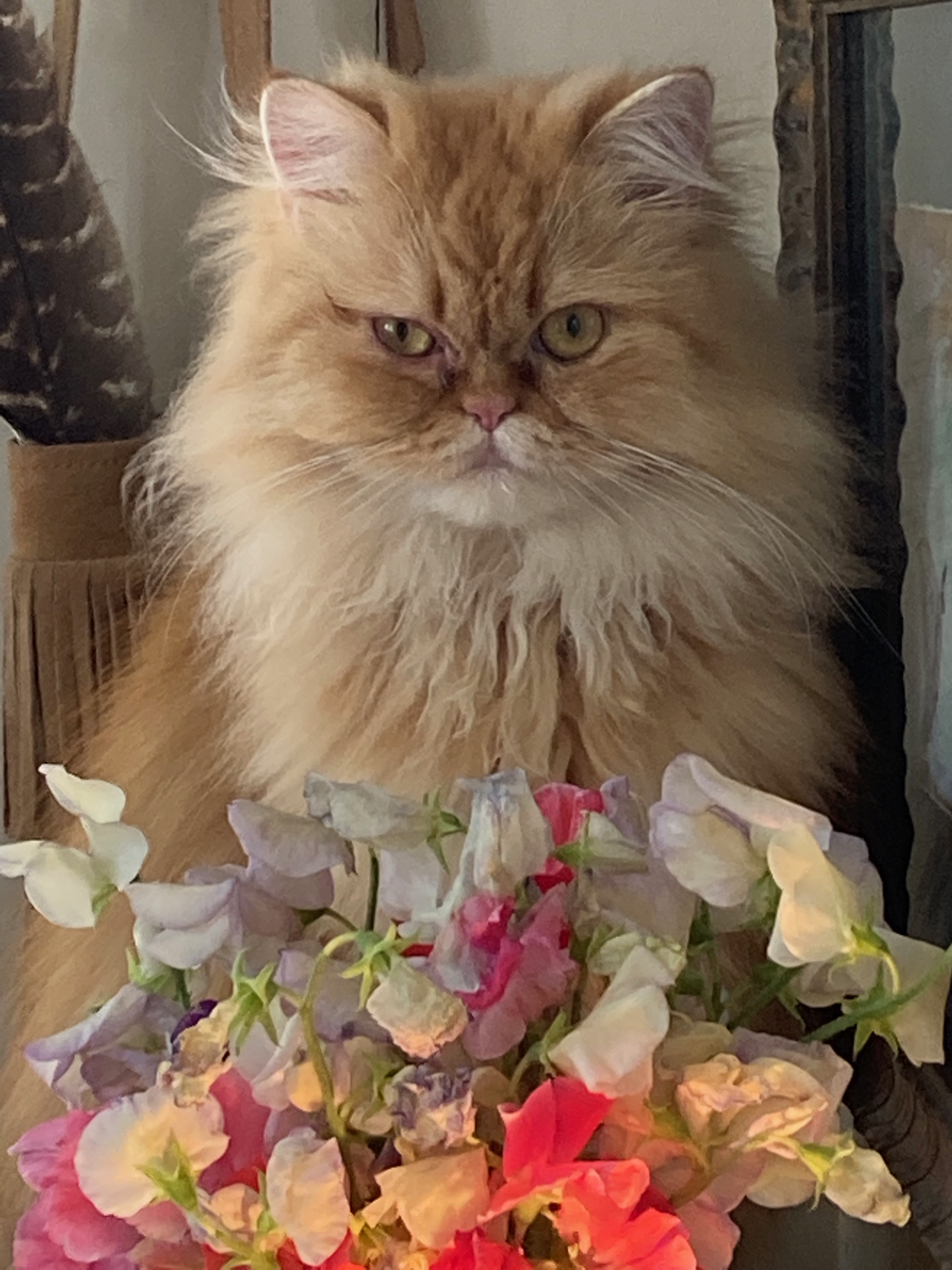 Sweet peas from my dad’s garden. 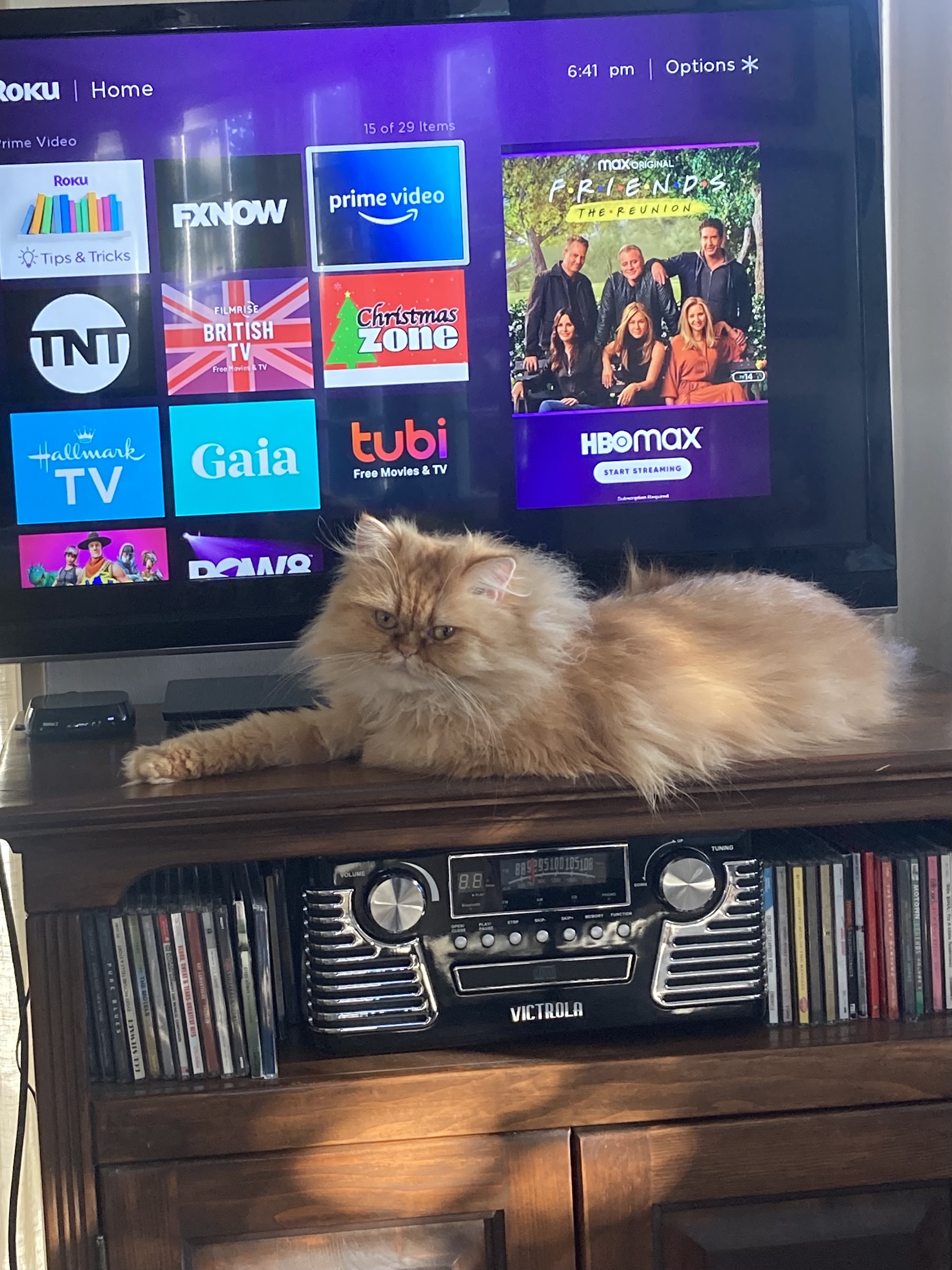 Samantha helping me select a channel. 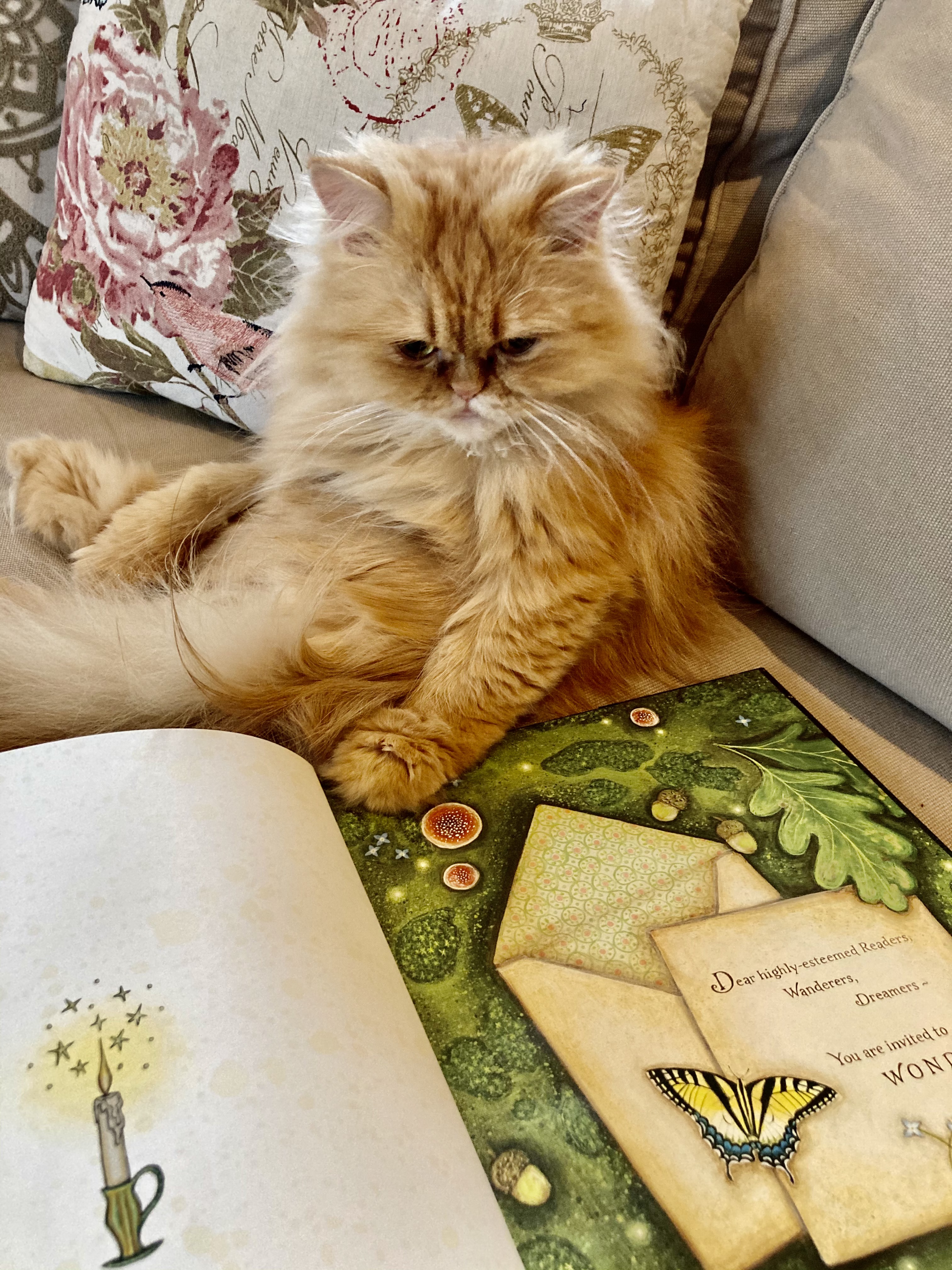 Samantha “reading” a beautiful picture book by artist/author Amy Grimes, And The Light Comes In 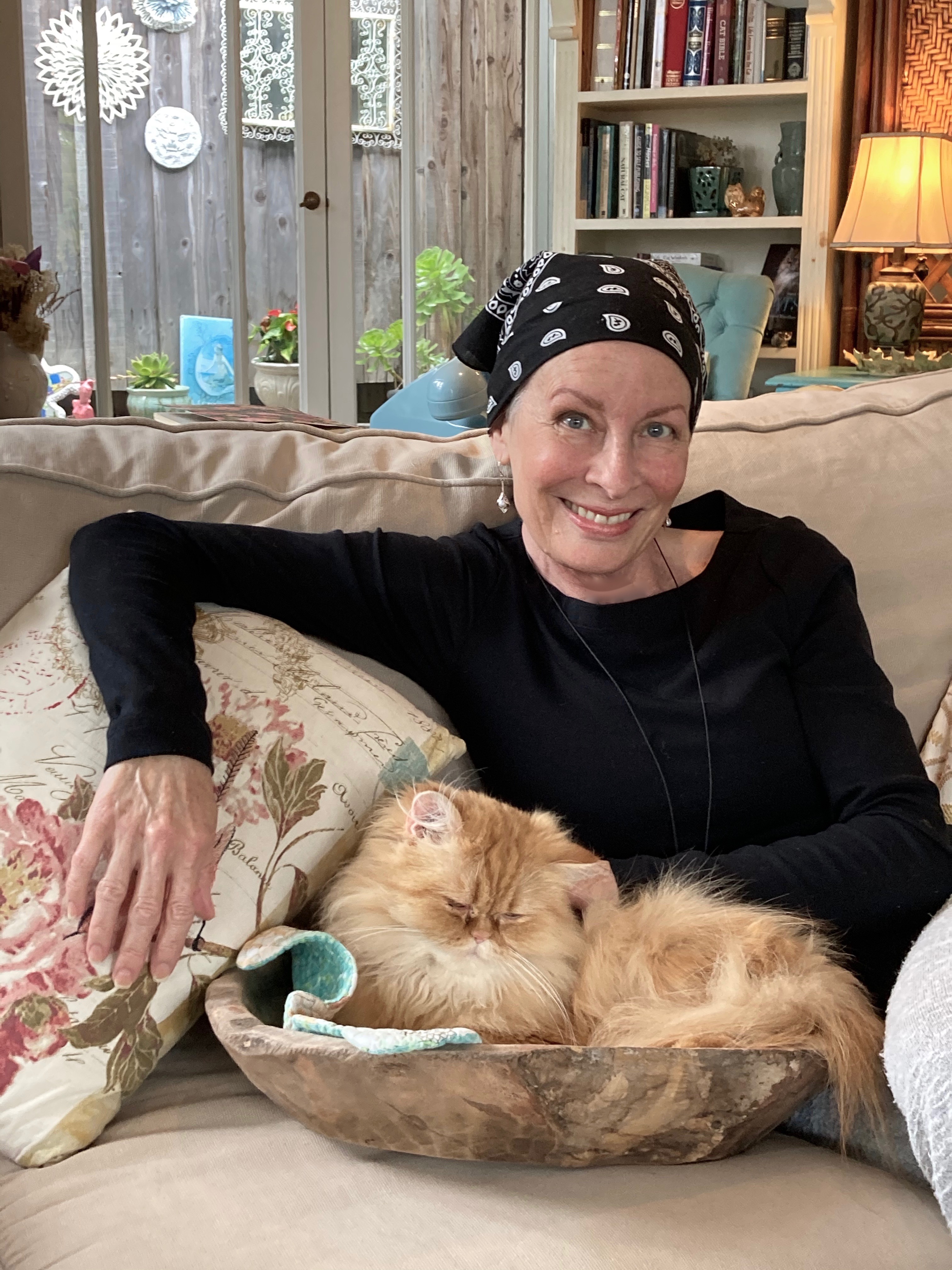 23 Responses to The Reality of Radiation