Posted on September 7, 2019 by CatLadyintheCanyon

Labor Day has come and gone, tourists left town and kids are back in school. That’s it—summer is officially over despite what the calendar says. And despite living two blocks from the beach, this cat lady spent more time in Laguna Canyon (or just “the canyon” as locals call it) over these past couple months. When it comes to my favorite outdoor place to be, I used to think of myself as only a beach person. I spent many childhood summers hanging out at the beaches of Newport and Huntington.  I eventually made the beach my home, landing an apartment on Lido Isle in Newport Beach.  It was a charming little place built in 1941 and was part of a triplex situated on the small strand of beach facing the harbor.

This is where my crazy cat lady identity manifested, as I became known by the kids in the neighborhood as “the-lady-who-walks-her-cats”.  On several occasions these kids watched with marked curiosity, my former feline compadres, Punkie and Frankie walk with me on the sidewalk running parallel to the shore, which lead to a boat dock.  Frankie would follow me onto the dock where we would sit together and watch the boats go by.  Punkie would either stroll back home, or take a seat in the sand and wait for us. These adventurous cats also accompanied me on the beach, sitting next to me while I read or took in the view.  I was fondly called “crazy cat lady” by the couple next door; only the “crazy” part wasn’t about having too many cats.  You just don’t see too many gals strolling along the shore with cats dutifully trailing behind them.

But after I moved to a neighborhood bordering Laguna Coast Wilderness Park, a preservation area of Laguna Canyon, I found myself going for hikes more than walks along the shore.  I was captivated by the canyon’s ancient rock formations, lush foliage and the scent of sage scrub and soon became enamored with my new earthy environment—and I’m still struck by its beauty.

I also find beauty in the canyon off the hiking trails.   During the summer months I commune in the canyon while browsing through mini art galleries and listening to live music at an enchanted place called the Sawdust Festival.  The Sawdust, or “The Dust” as they called it back in the day came to be in the late 1960s by a group of artists who rebelled against the traditional juried art show in town and created their own distinctive and funky haven to show and sell their artistic wares.  The Sawdust’s rustic venue and flower child vibe that still lingers makes this place truly magical. 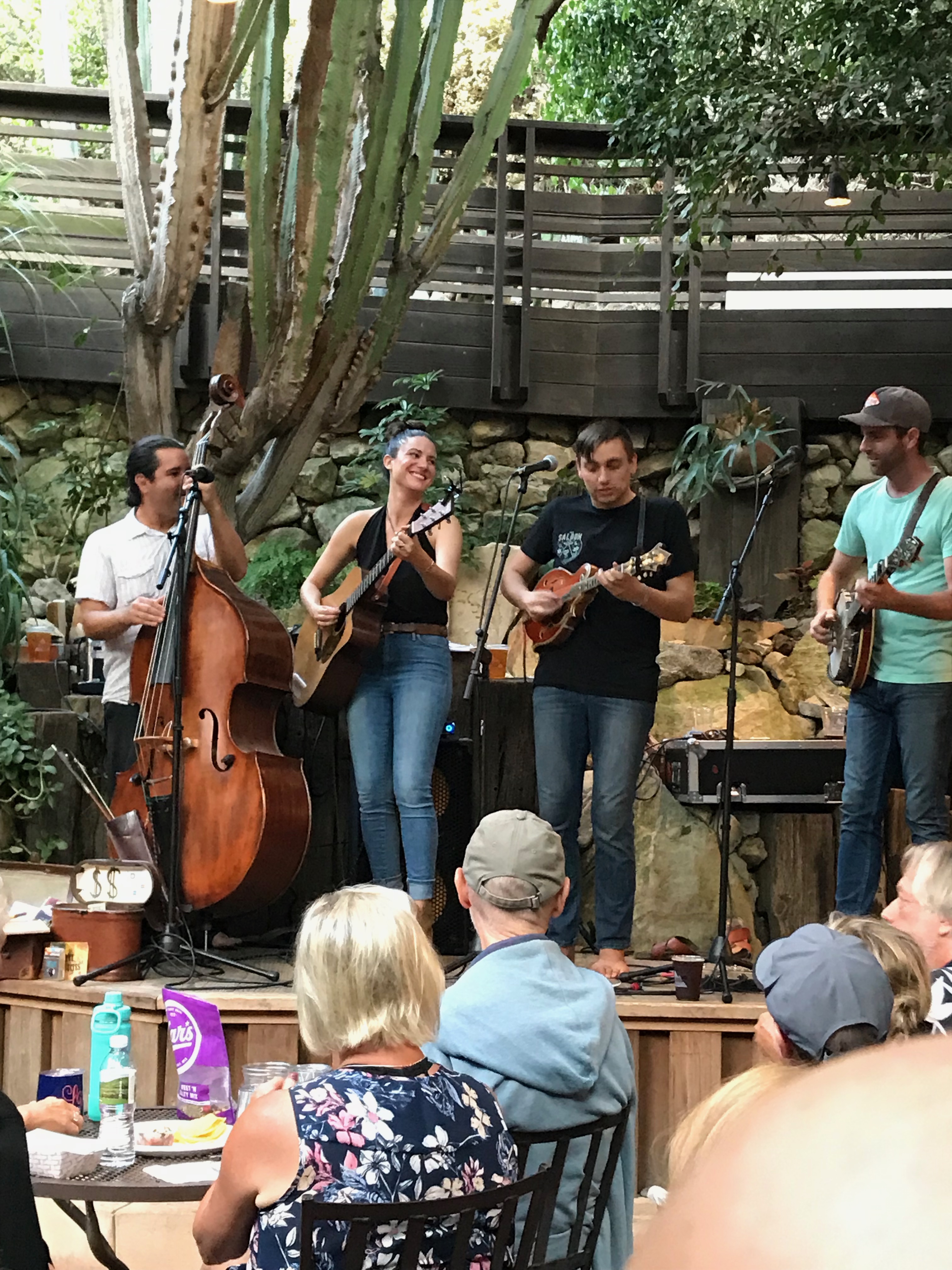 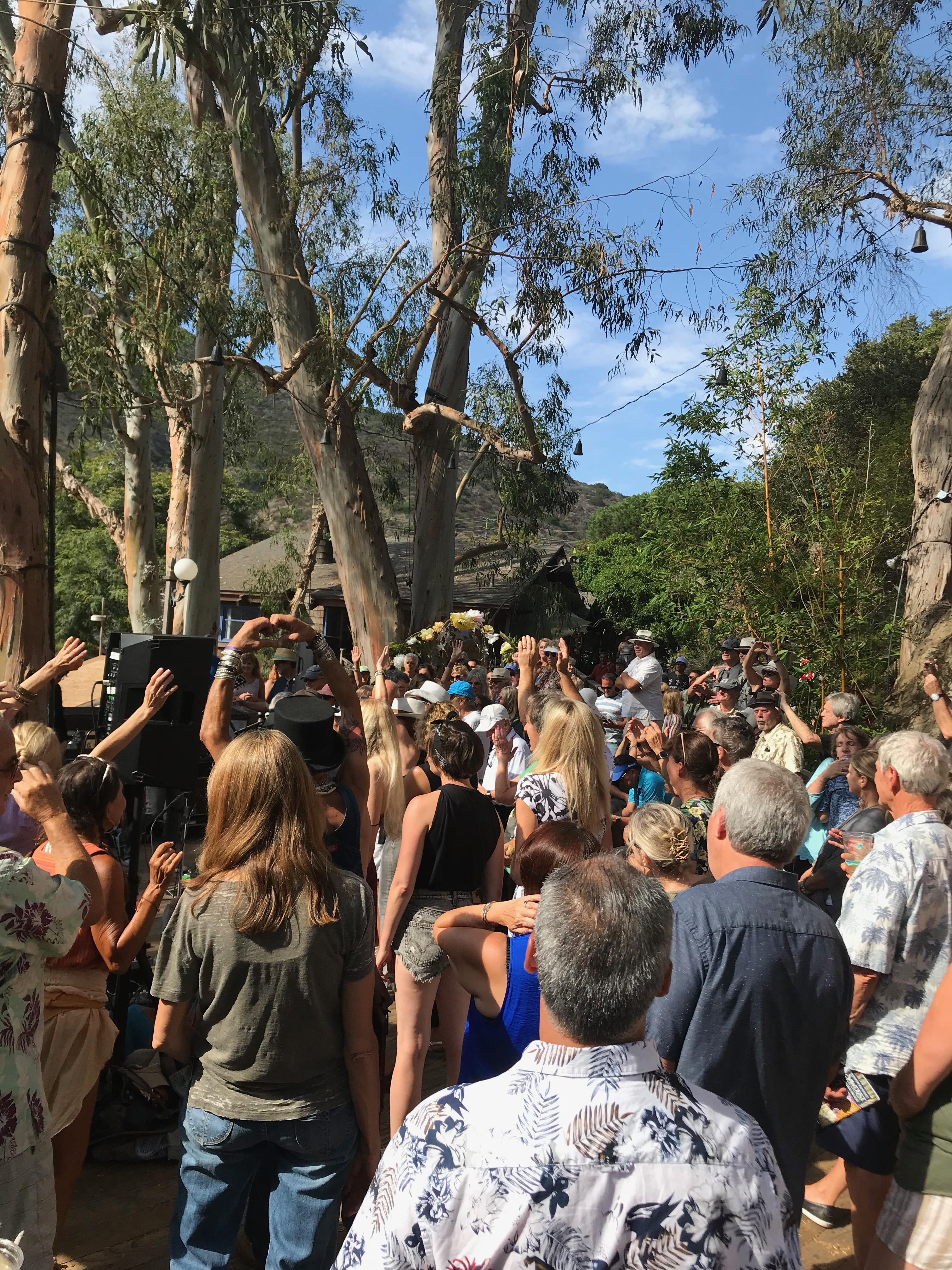 And the crowd goes wild on closing day of Sawdust.

I still love watching waves crash onto the shore and feel of sand under my feet, but to hike among sycamore trees and escape to a place where canyon walls harbor timeless creativity completely feeds my soul and keeps calling me back. 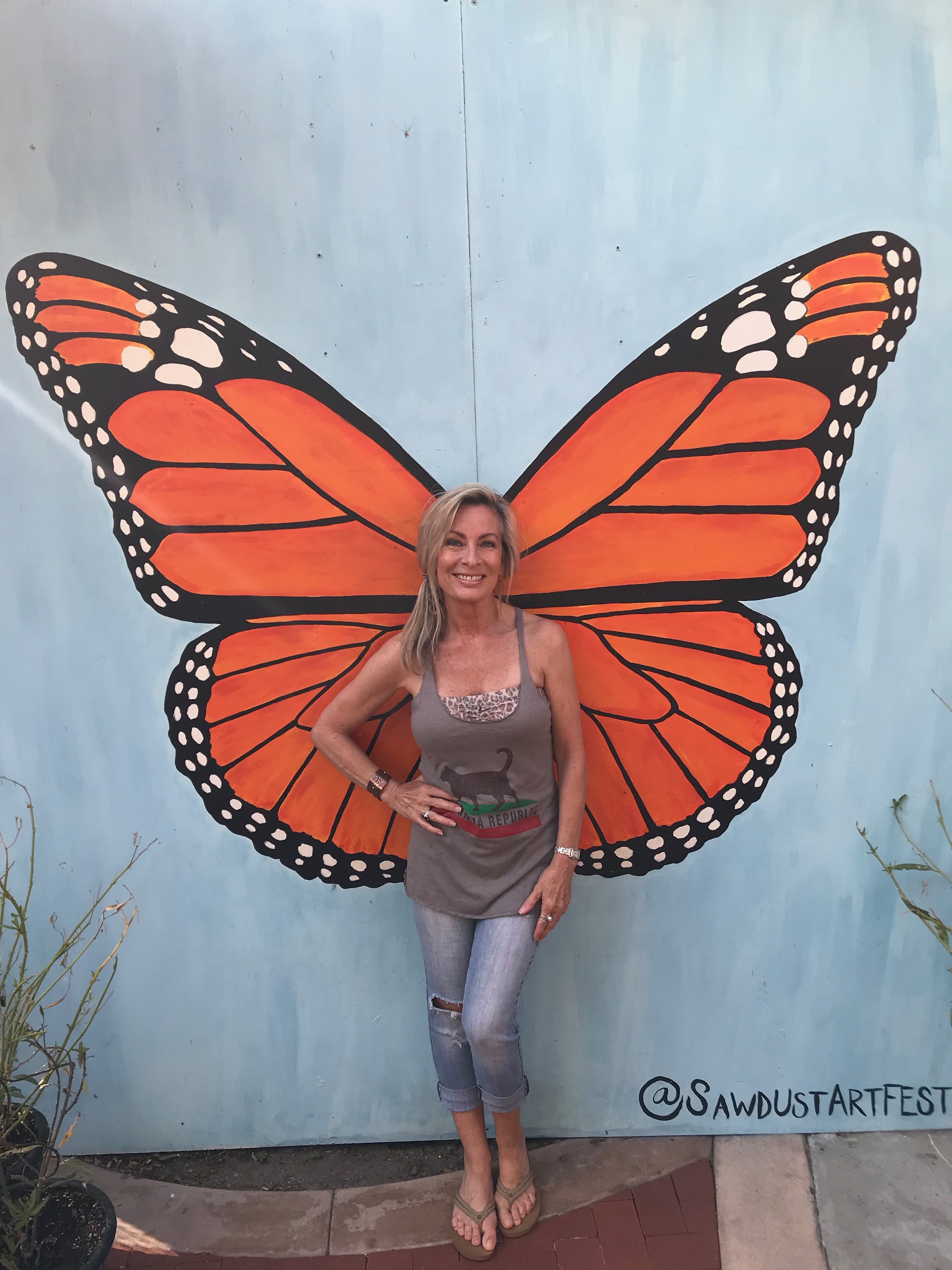 If only I could bring the cats. 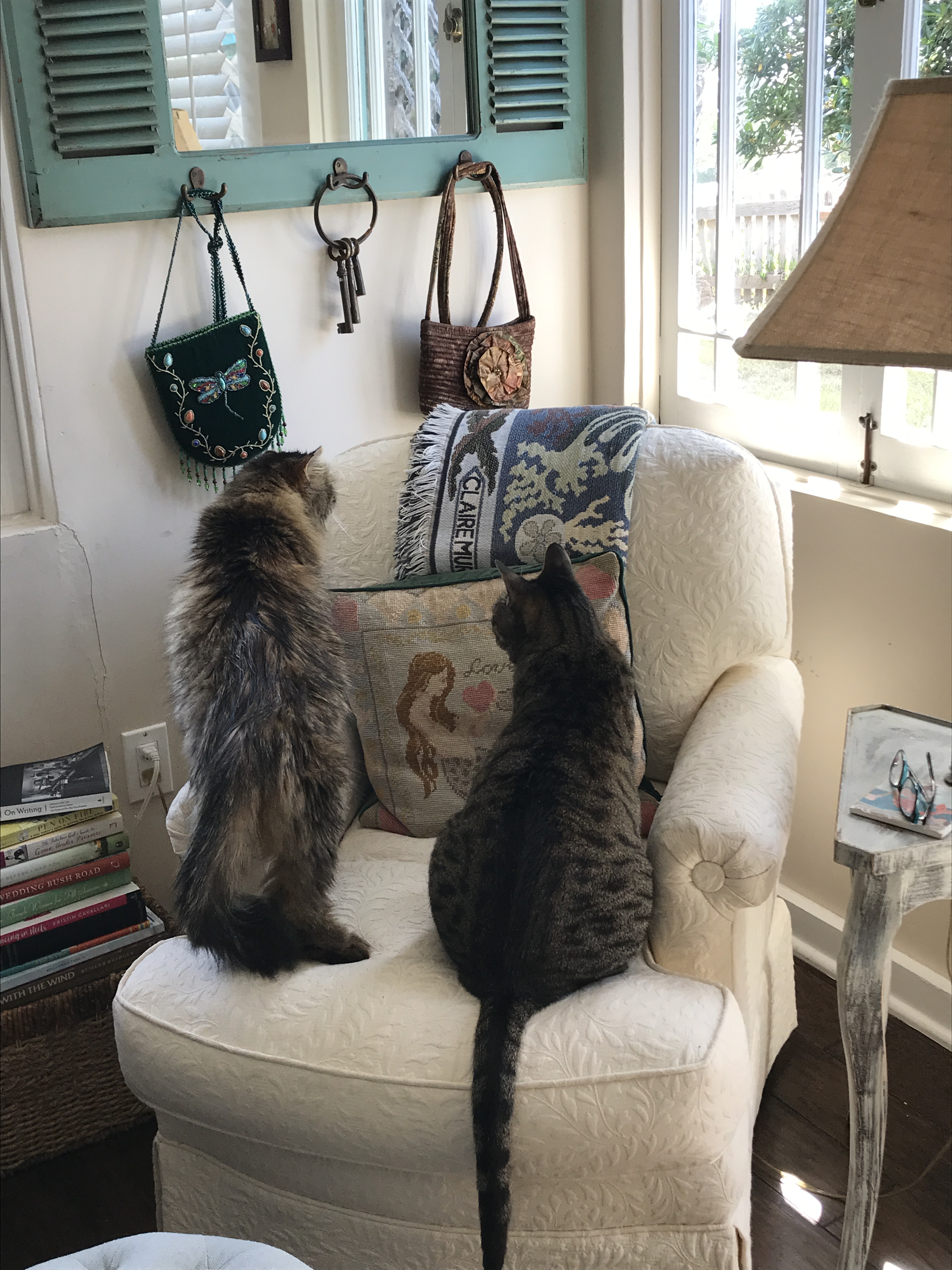