Furlough Friday at The Cat Cafe

Posted on March 3, 2019 by CatLadyintheCanyon

When I announced to the cats that management mandated furlough days because of dismal first quarter projections, they both looked unimpressed. Upon hearing the news of my having to take mandatory days off from work without pay, Lex gave me a pensive stare as if trying to comprehend what that meant. 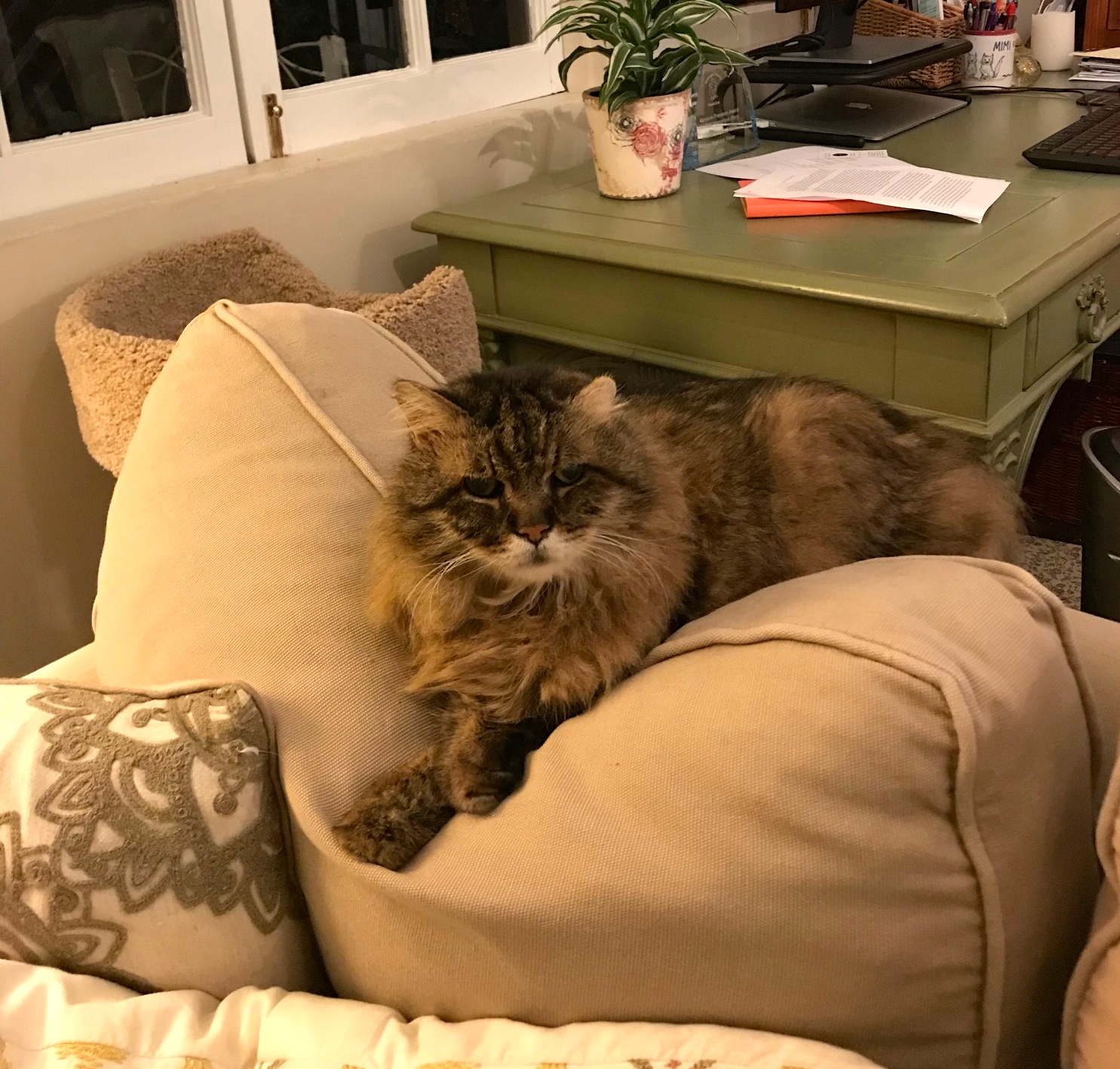 Bobcat just languidly stretched a curled up leg out from under his chest onto the side of the sofa. 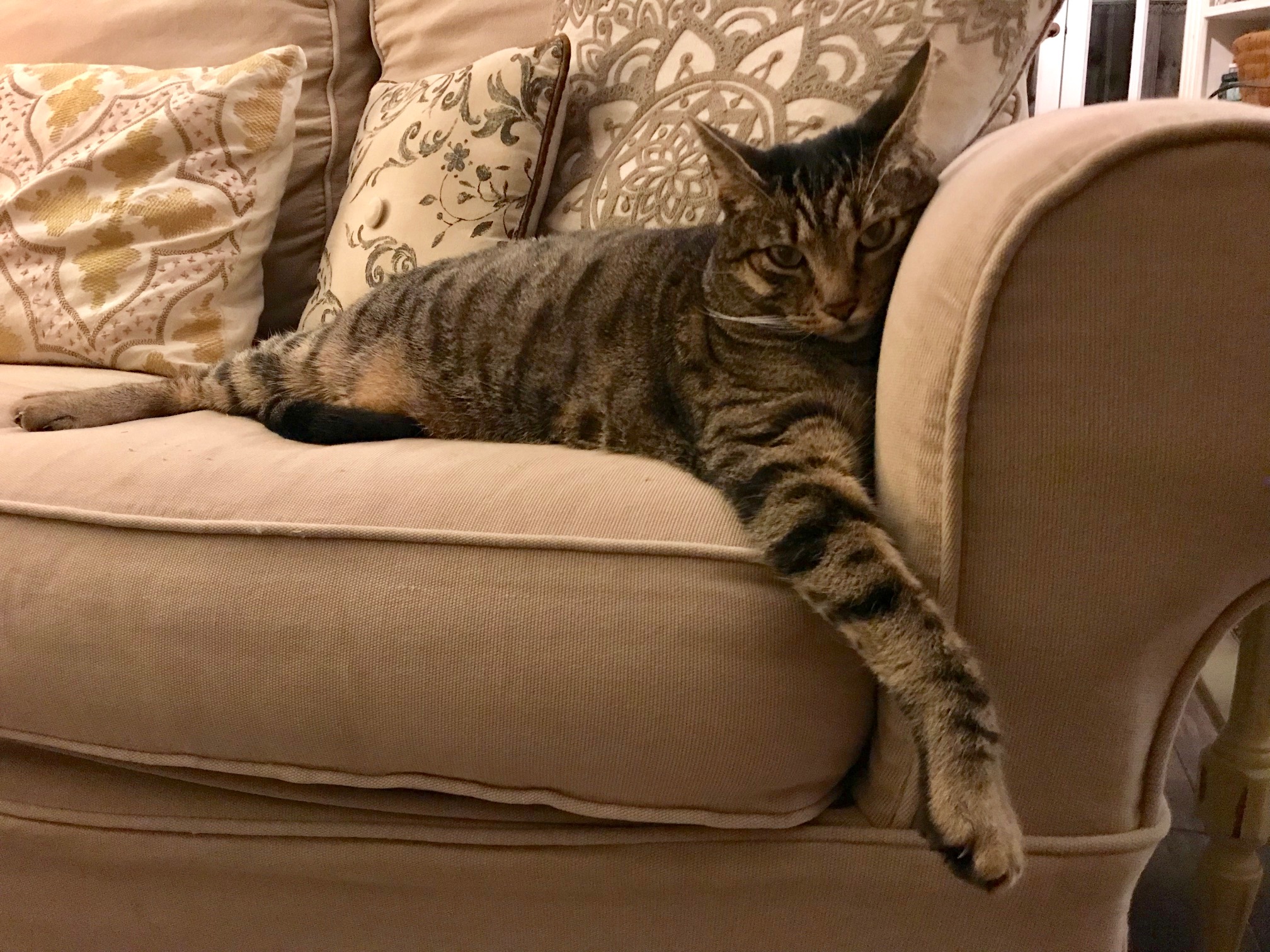 Seriously, how could they possibly relate—everyday was a furlough day for them. They don’t quite understand how the whole work thing…works. Lucky for them I’m the one that puts the cat food on the table. At that, I was done feeling frustrated. Rather than yowl and hiss about the cut in pay, I looked at furlough days as much needed time off. 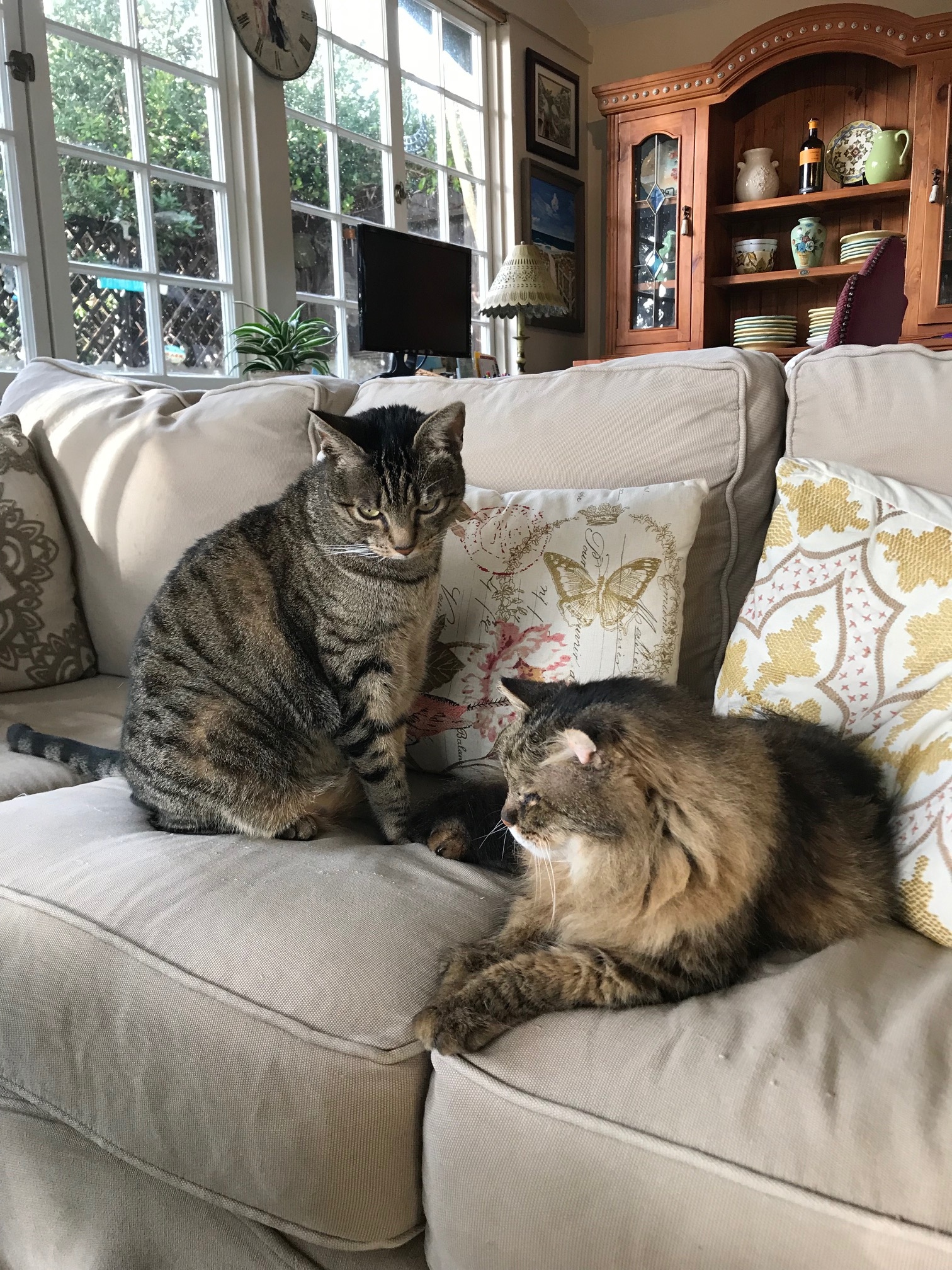 My first furlough day, a Friday in January, started with a meeting at Zinc Café with a fellow Blue Bell Foundation volunteer to discuss the upcoming Cat’s Meow fundraiser and basic catch-up conversation. That led to errands around town then back home for a power walk along the beach. 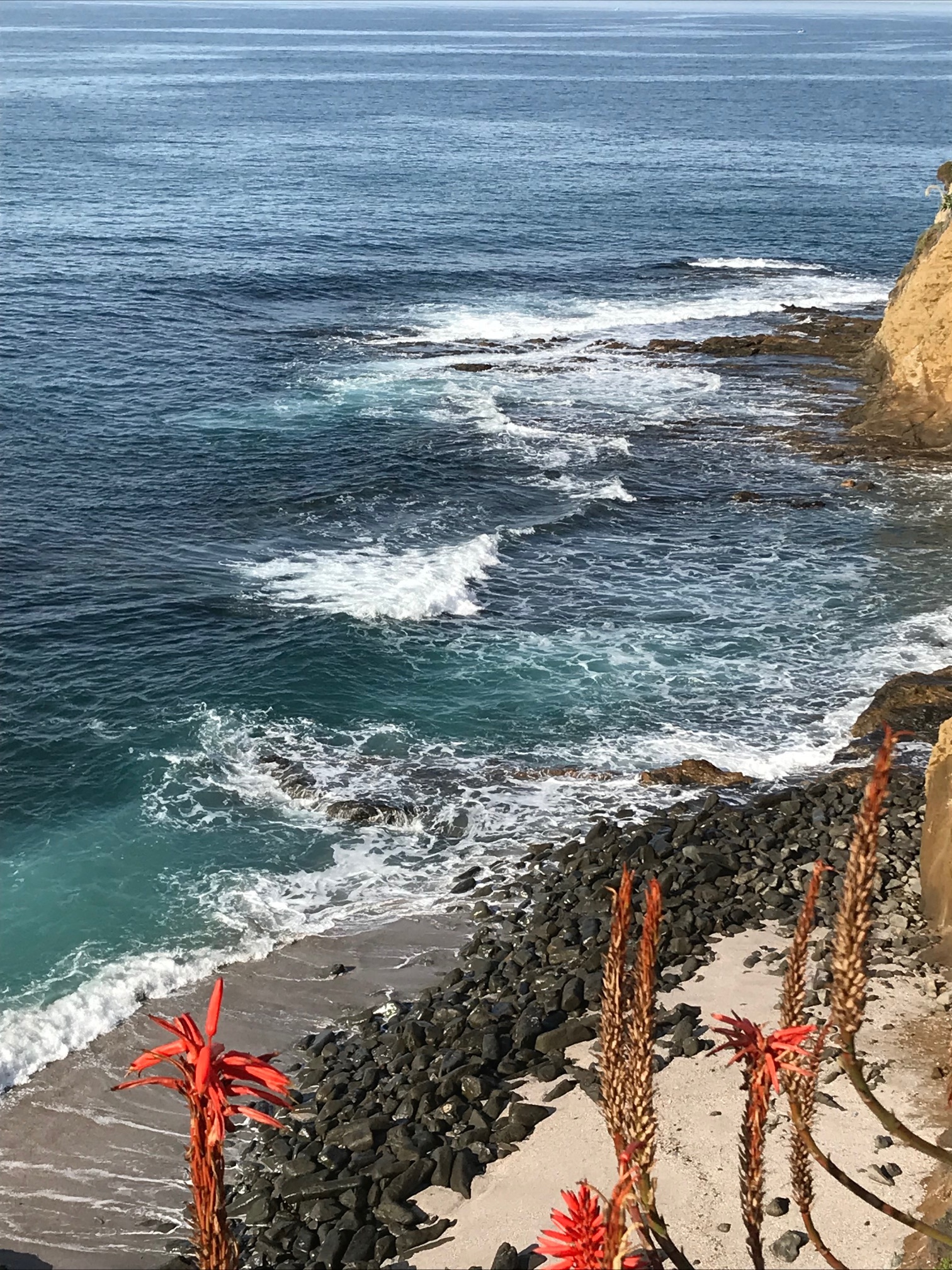 Cats don’t understand work, but they do understand routine and know that five days a week I leave the house in the morning and am gone all day. So I’m sure when the cats realized I was not dashing out the door at 8:00 a.m., they thought they’d have an extra day to hang out with me. Ha—I was barely home. And then just when the cats thought they would get to relax with me on the patio to watch the sunset, they instead watched as I touched up my lipstick, fluffed my hair and said, “Bye sweetie-pies! I’m off to happy meower at Catmosphere…!” as I grabbed the car keys. 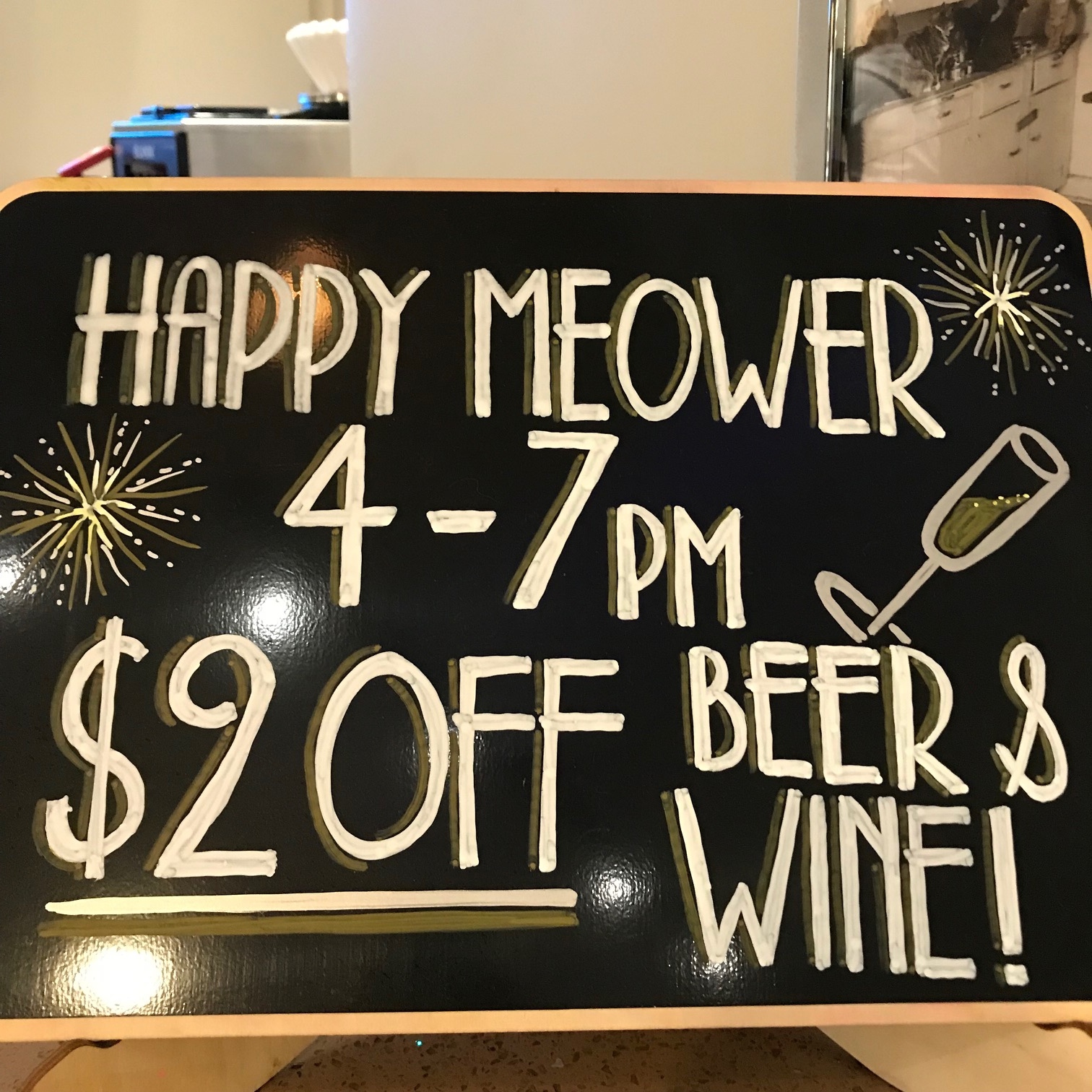 Move over dog park, a cat café has come to town! 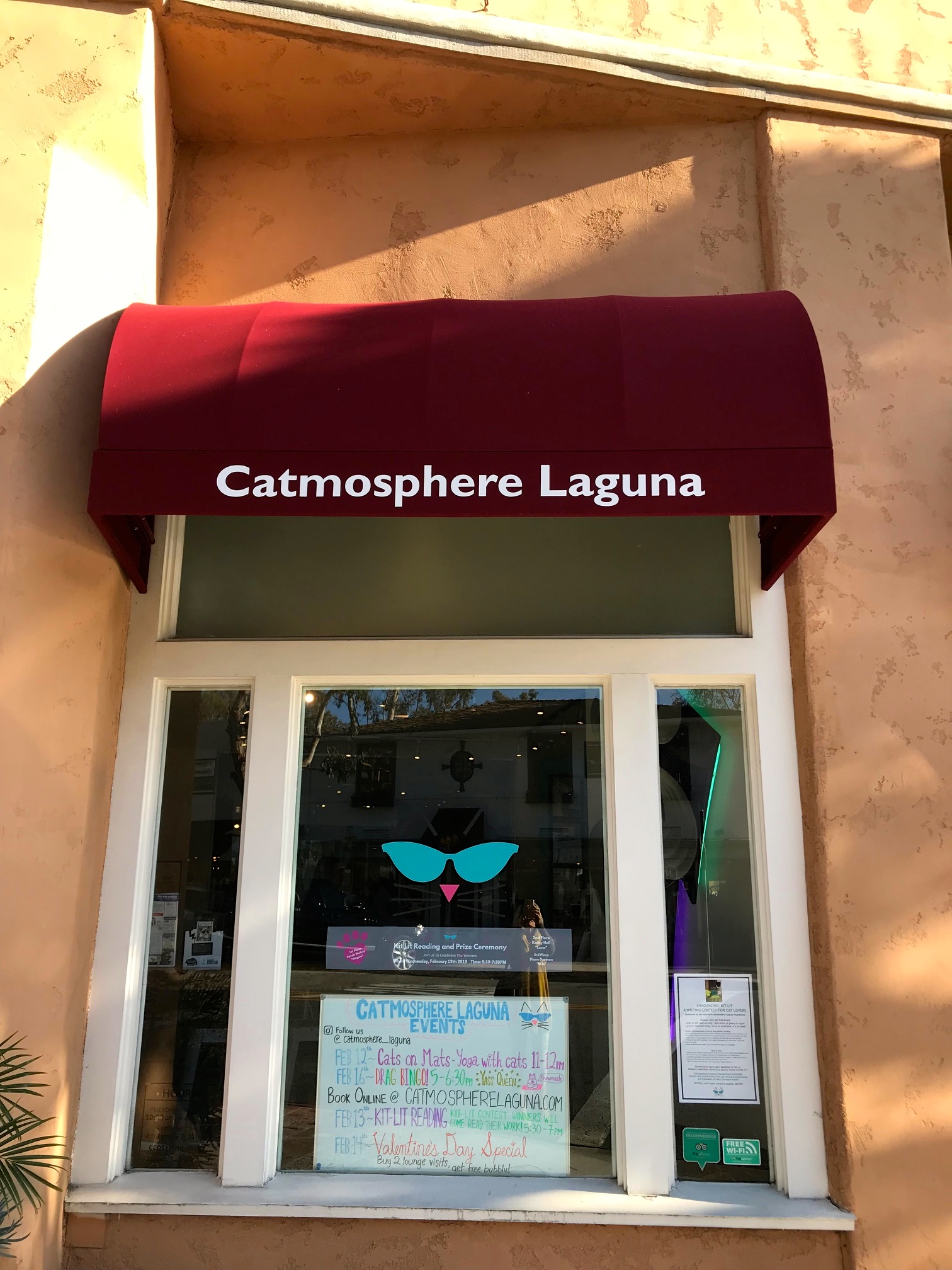 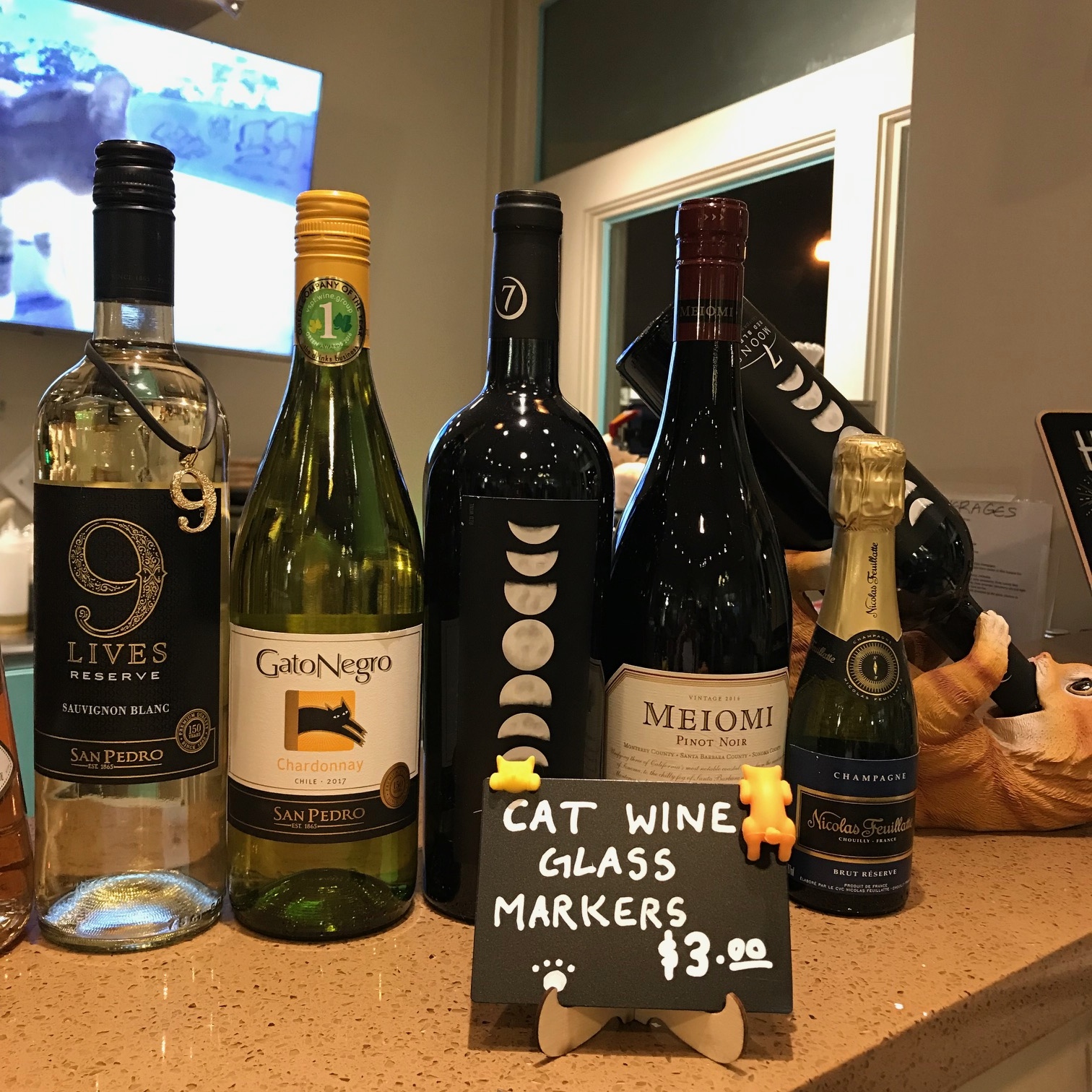 After walking into the chic cat-themed café, I was greeted with a big smile and hug by Catmosphere’s proprietor, Gail Landau. I sat down at the bar facing the window to the very well-appointed kitty lounge adjacent to the café where the adoptable cats live and are visited by guests looking to adopt (or not—some like me just want to play with the kitties). Gail took a break from her operation and visited with me while I sipped on a red blend. 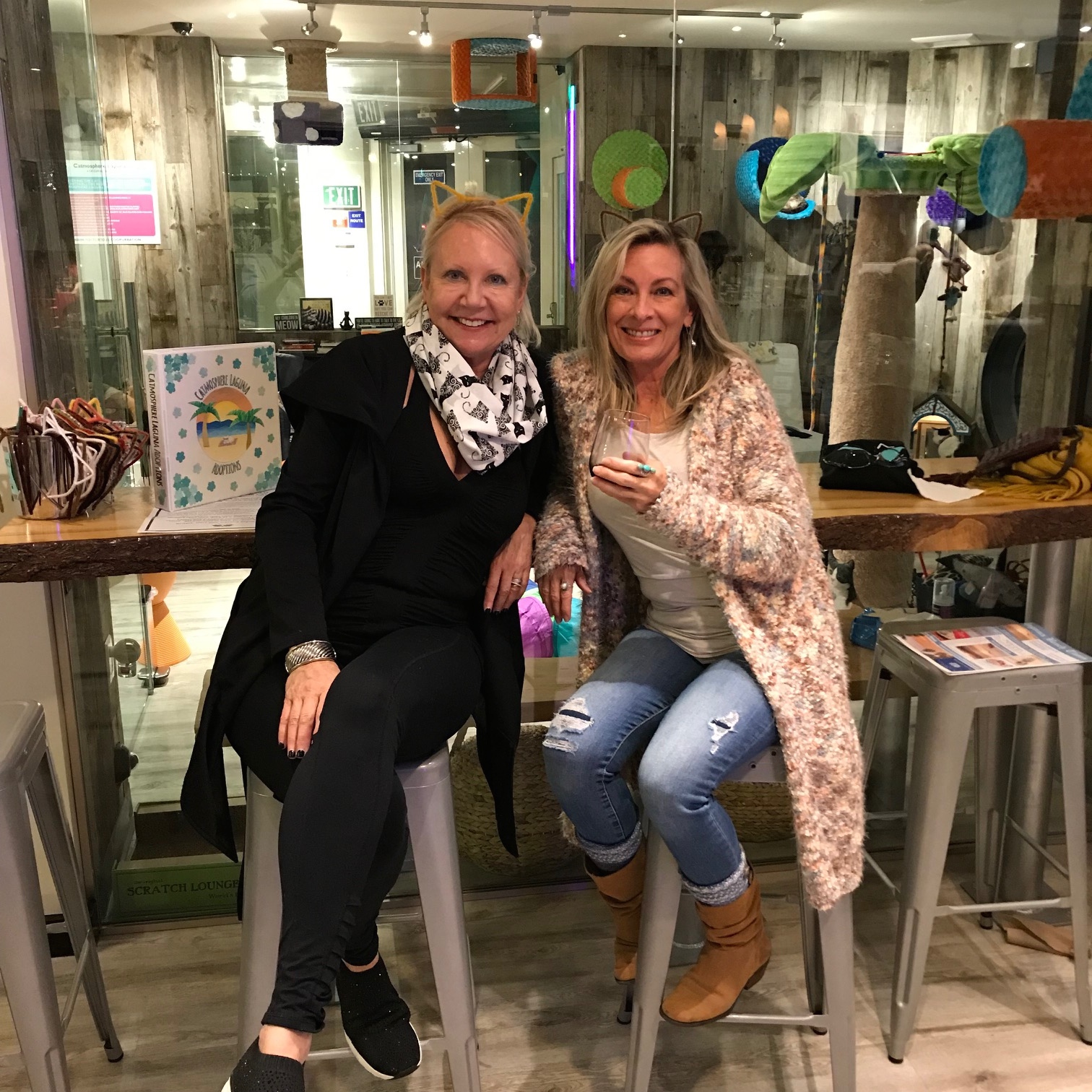 Nestled in downtown Laguna with its whimsical window décor and cool cat-in-sunglasses logo, Catmosphere makes even the non-cat person curious. Gail tells me that many people wander in because they want to find out what it’s all about—and end up being quite impressed. The first of its kind in Orange County, Catmosphere is the purrrfect business model for cat adoption. Cats live in a more enriching environment causing their personalities to shine because they’re relaxed and happy, rather than being in an unnatural and stressful caged environment while waiting to be adopted. This is much more conducive for the cats and their soon-to-be new family to get to know and bond with each other. I finished my wine and went into the lounge to get my fill of cat cuteness before heading home. 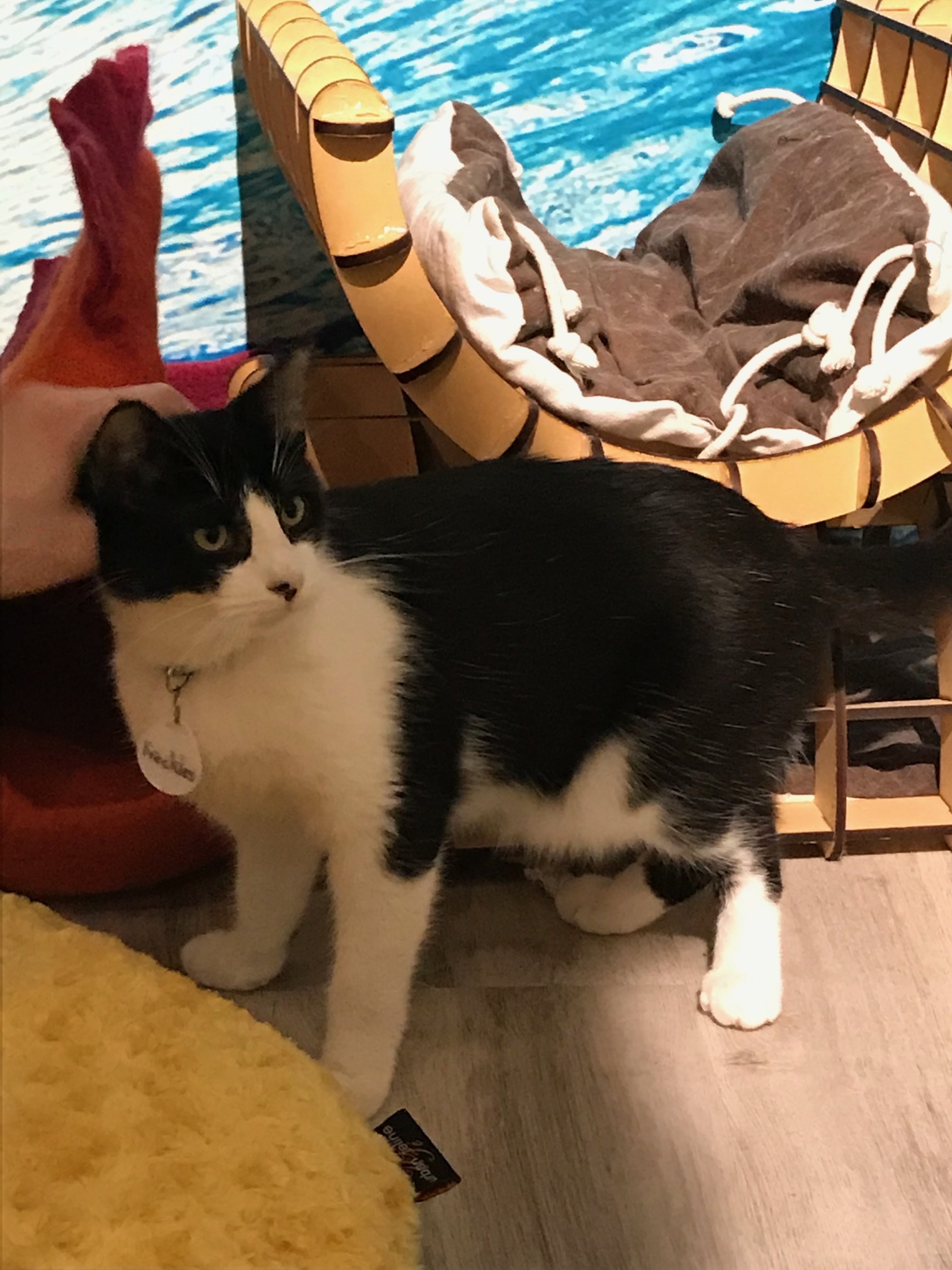 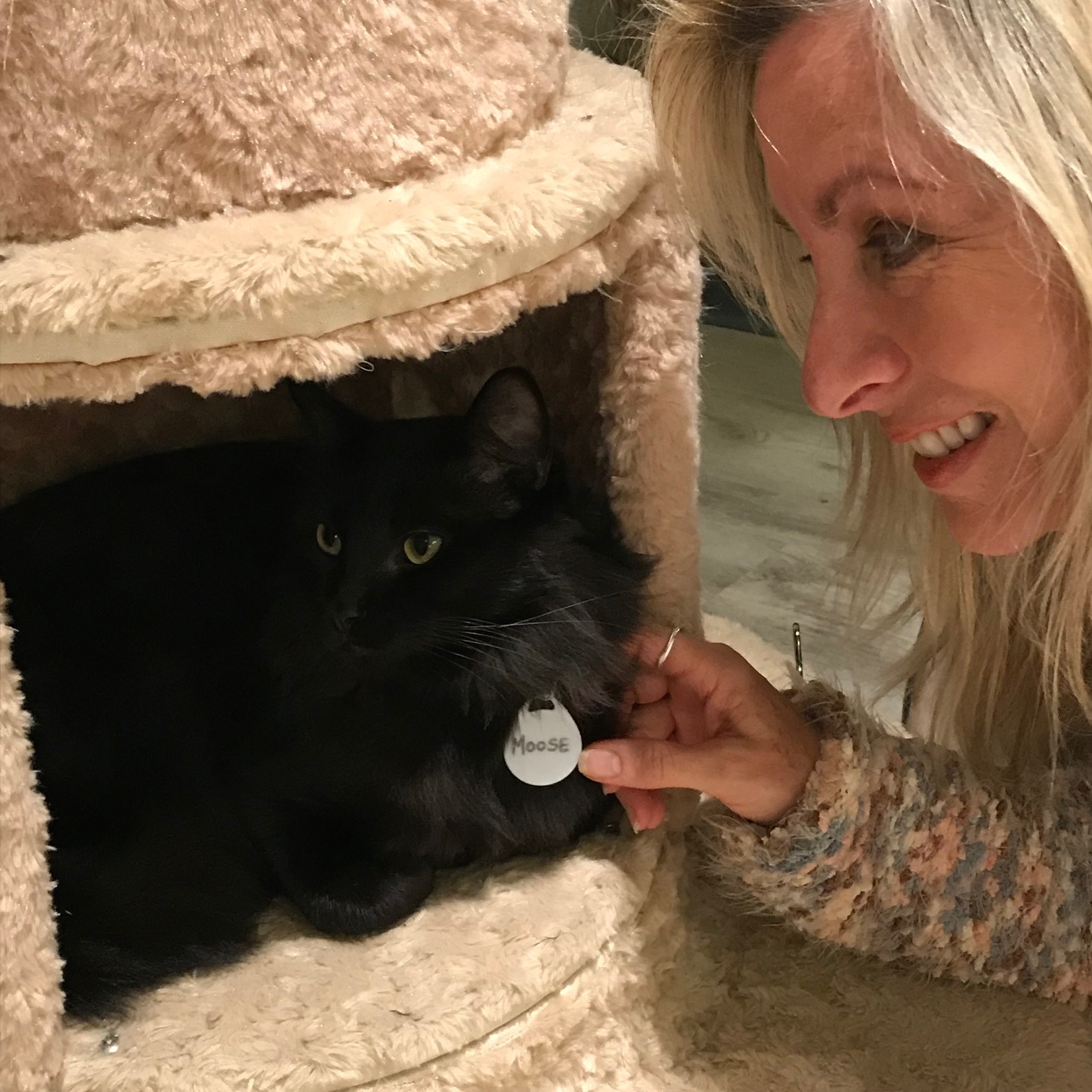 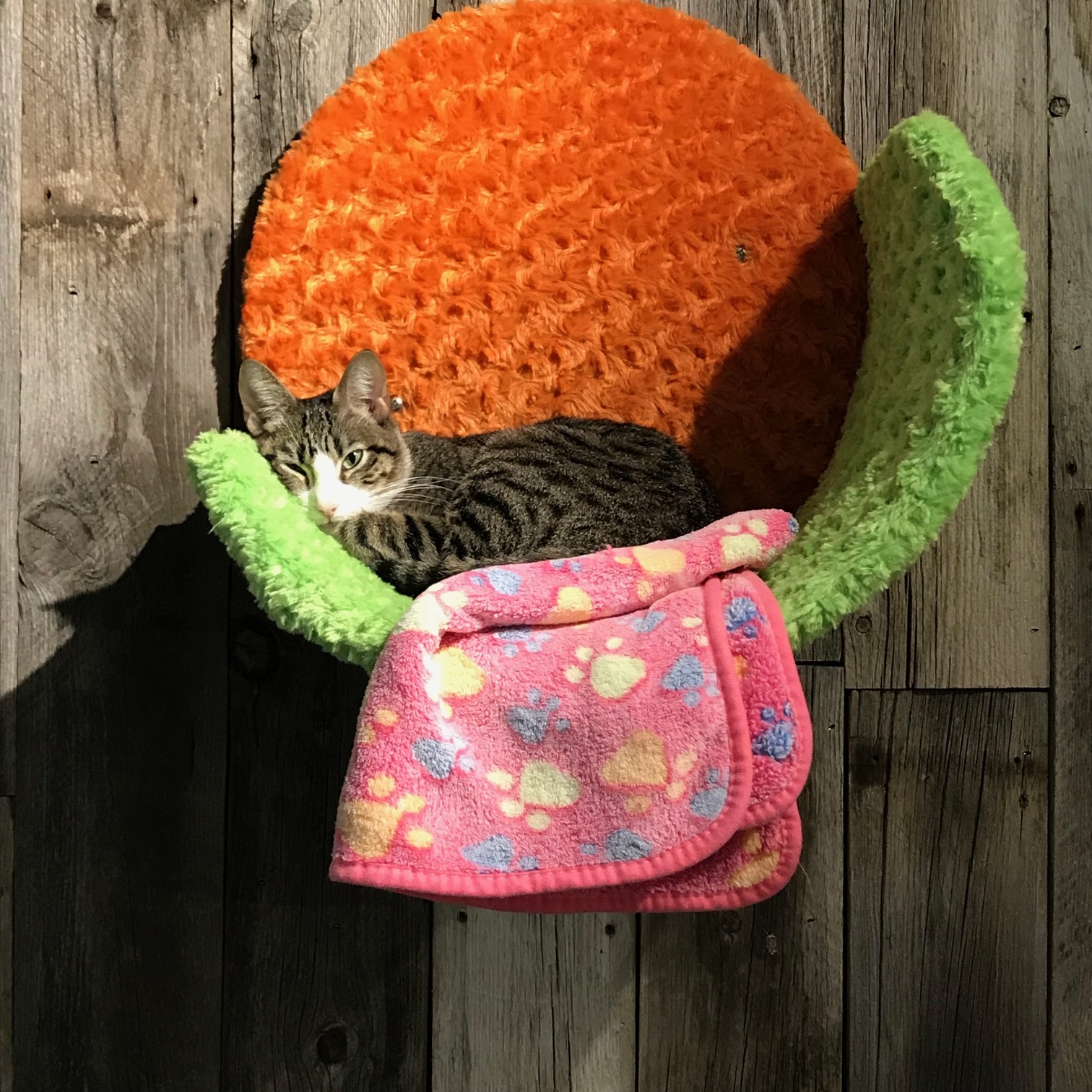 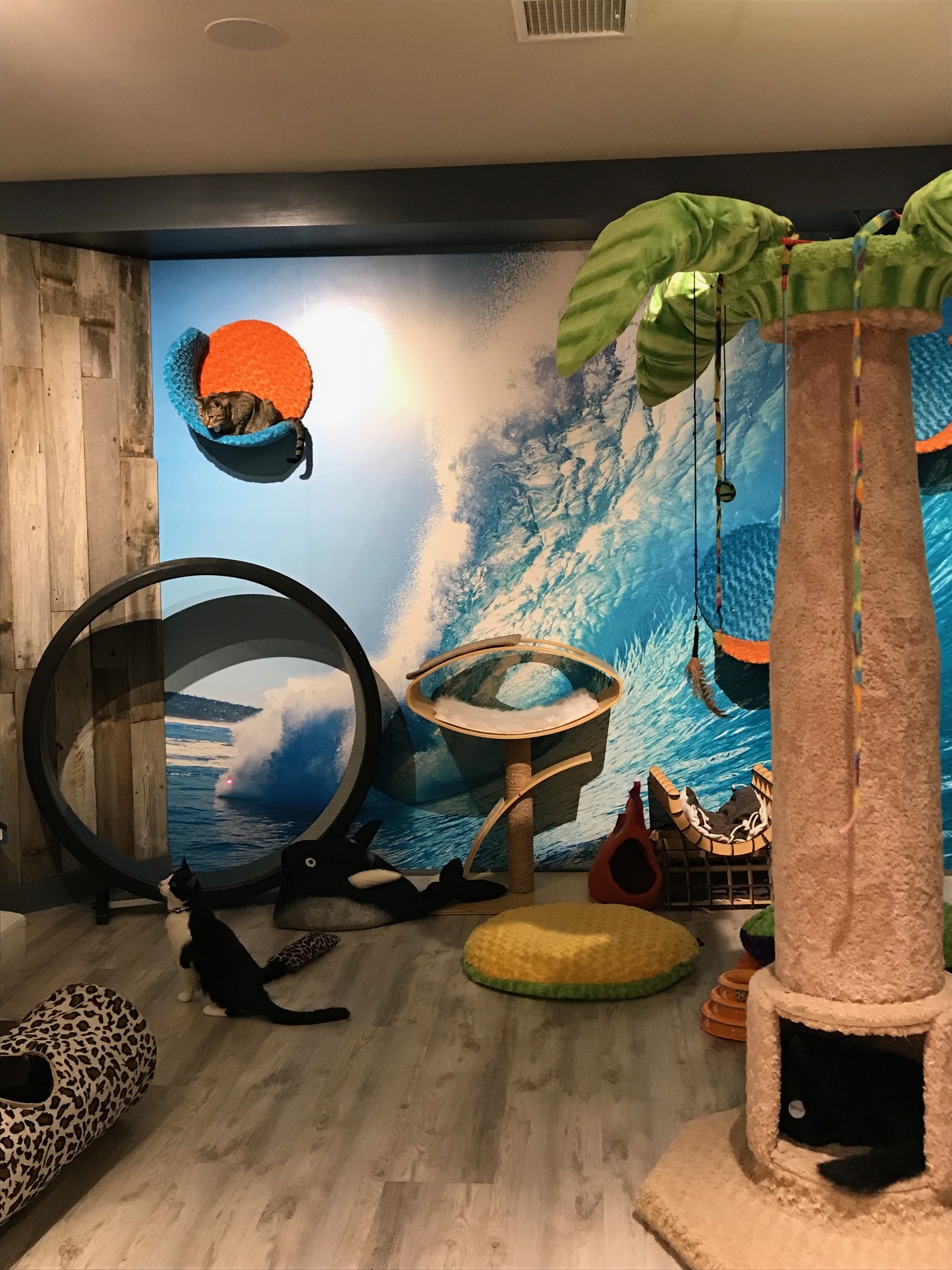 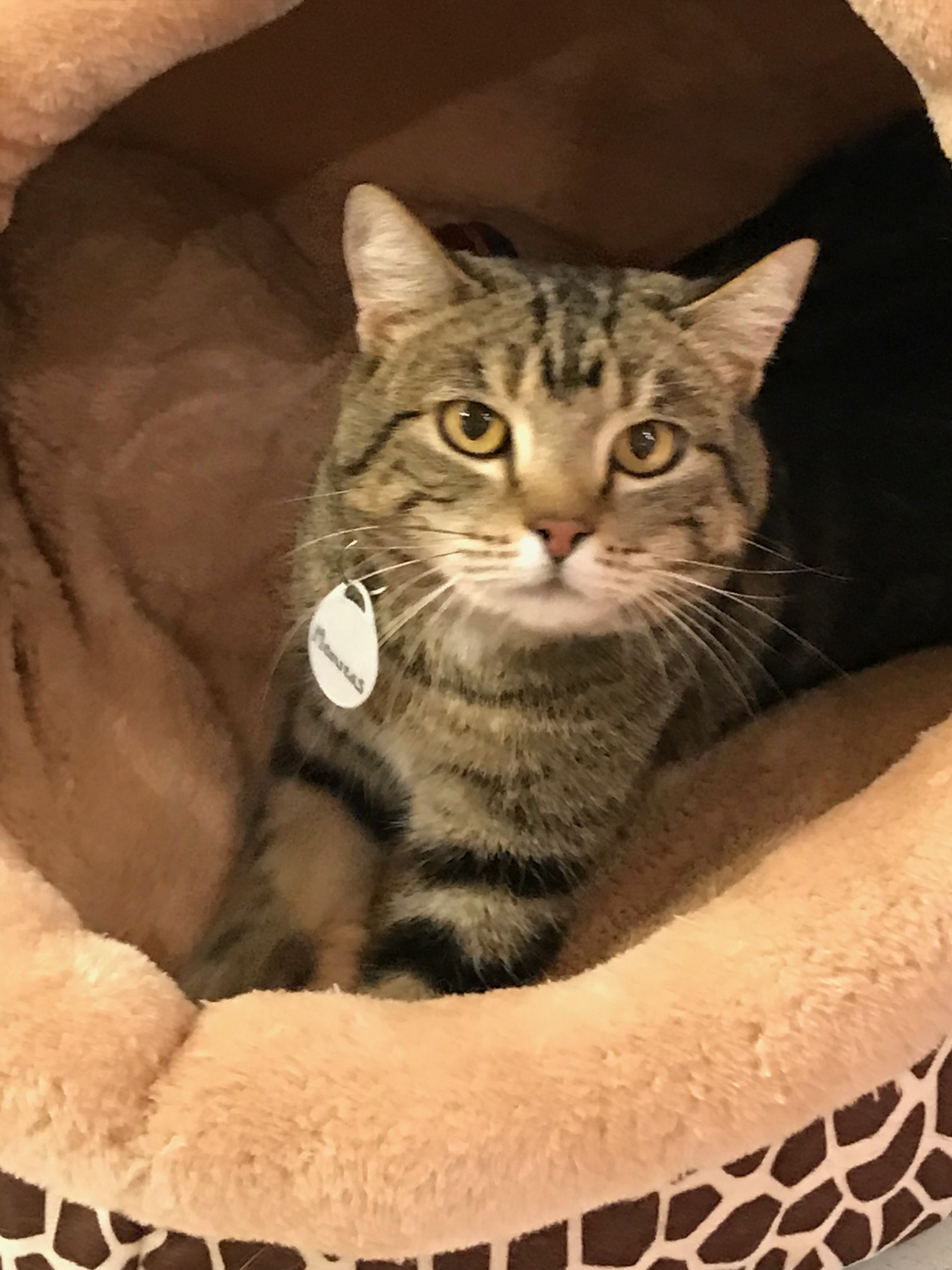 My furlough day ended with lots of fur-babies by my side, including my own as I settled in for the night, content with earning currency of the kind you can’t put into the bank, but the kind that fills your heart. 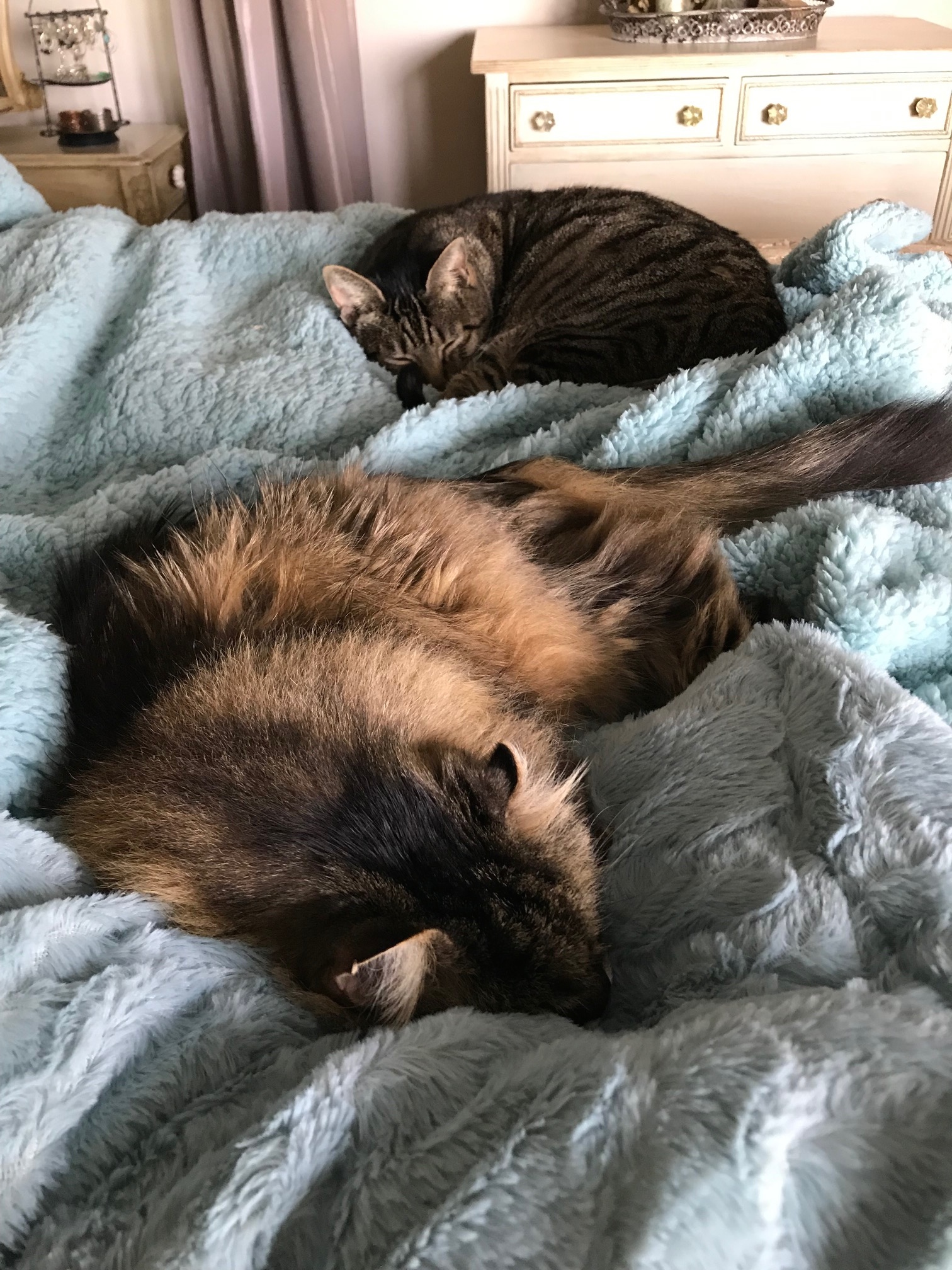 16 Responses to Furlough Friday at The Cat Cafe