The Battles of Lexington and Cat Lady

Posted on February 26, 2015 by CatLadyintheCanyon

Feline diabetes is a battle for both cat and cat lady, aka cat “parent” I’ve come to discover. Lexington’s new insulin regimen seemed to be agreeing with him until he went from being perky and playful to gradually becoming lethargic and withdrawn, which I noticed over a weekend after a few weeks of him being on insulin. I made a mental note to call the vet first thing Monday morning. But by Sunday evening, when I found him curled up in the back of my closet I that knew something was terribly wrong. I kneeled next to him, “Lexi, sweetie,” I said to which he responded by looking up at me with murky eyes. I watched him throughout the night in between random bouts of sleep. He ate a little and got up a couple of times, but his walk was slow and deliberate, taking all the energy he had and he went right back into the closet rather than jumping up onto the bed with me and Topper.

I got him to the vet by 7:30 the next morning, and there he stayed until 6:30 that night under intensive care. I learned that his blood sugar was over 500, he’d lost weight, and he had a serious condition called diabetic ketoacidosis (DKA) in which the body becomes highly acidic causing all sorts of distress including sever dehydration. Without getting too scientific, DKA develops when the diabetes is not regulated or hard to regulate. The body is lacking insulin to the point of starving the cells of sugar they need to fuel the body, so in turn, the body starts to break down fats for energy—not good at all. DKA can be fatal if not caught and treated immediately.

Lexington spend the next 4 days under intensive care at the vet all day, and under my watchful eye each night until his blood sugar level finally lowered and no sign of ketones were in his urine. The vet increased the insulin by a half of a unit twice daily, and by the end of the week he was out of the danger zone.

A follow-up visit revealed that his blood sugar level was still way too high at over 600 (normal is about 80-100) even though he seemed like his old sweet and happy self. The good news was that the DKA had not returned. Another increase of the insulin dose was in order, which was done gradually over a week by another half of a unit in the morning and night.   So treating diabetes is very tricky—too much insulin will cause a dangerous decrease in the blood sugar, which can be critical, and not enough insulin can cause DKA. A knowledgeable and caring vet is a must (thank you, Dr. Sultzer)! 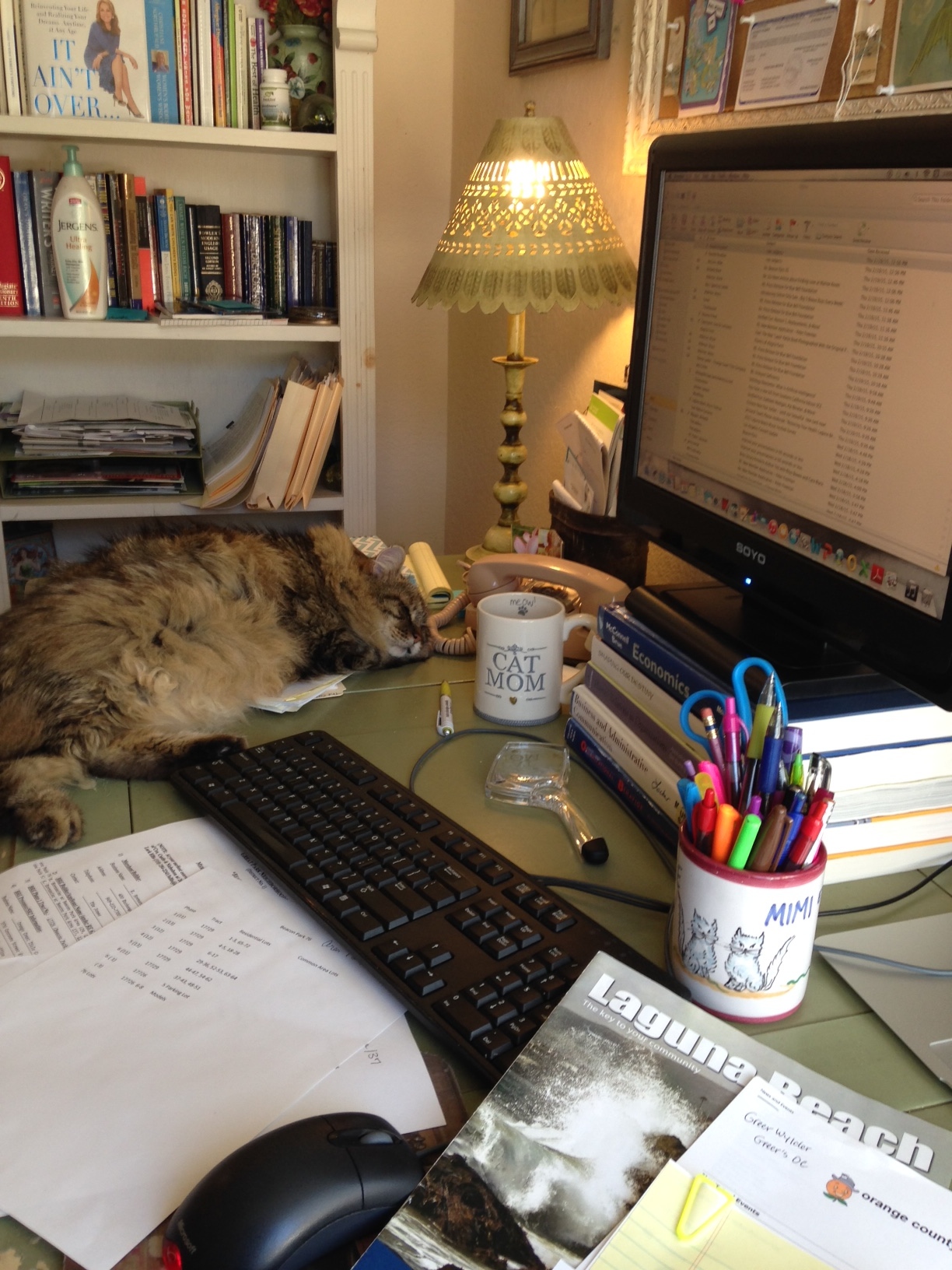 Lexi and I were on a scary roller coaster ride, but we’re off of it now—hopefully for good. He is lying on my desk sleeping peacefully; prior to that he was mischievously batting at my computer mouse. It seems this new dose is working. I hope some day I can report that the diabetes is in remission, but until then, we shall battle this thing together.

4 Responses to The Battles of Lexington and Cat Lady