Posted on October 28, 2014 by CatLadyintheCanyon

It was just another day at the office—or so I thought. I arrived promptly at 8:00 a.m. to my DRE processing job at First American Title.   As I sipped my morning coffee and assessed my list of things to do, a co-worker walked in with a large lidded box.   She was speaking in a hushed voice as she approached my cubical, something about what she had found on her way to work. My cohorts and I gathered around Terri as she unveiled a box of kittens.

She had found four abandon kittens on her way to work and brought them in hoping to find them homes. I certainly wasn’t in the market; while I adored cats, the apartment complex in which I lived prohibited animals. Still, I looked into the box and let out a loud sigh. Four fuzzy faces with blue eyes were looking up at a group of smiling women gushing phrases of adoration. A chorus of “mew, mew, mew” chimed from their tiny little mouths. Oh. My. God. They were so cute I couldn’t stand it. 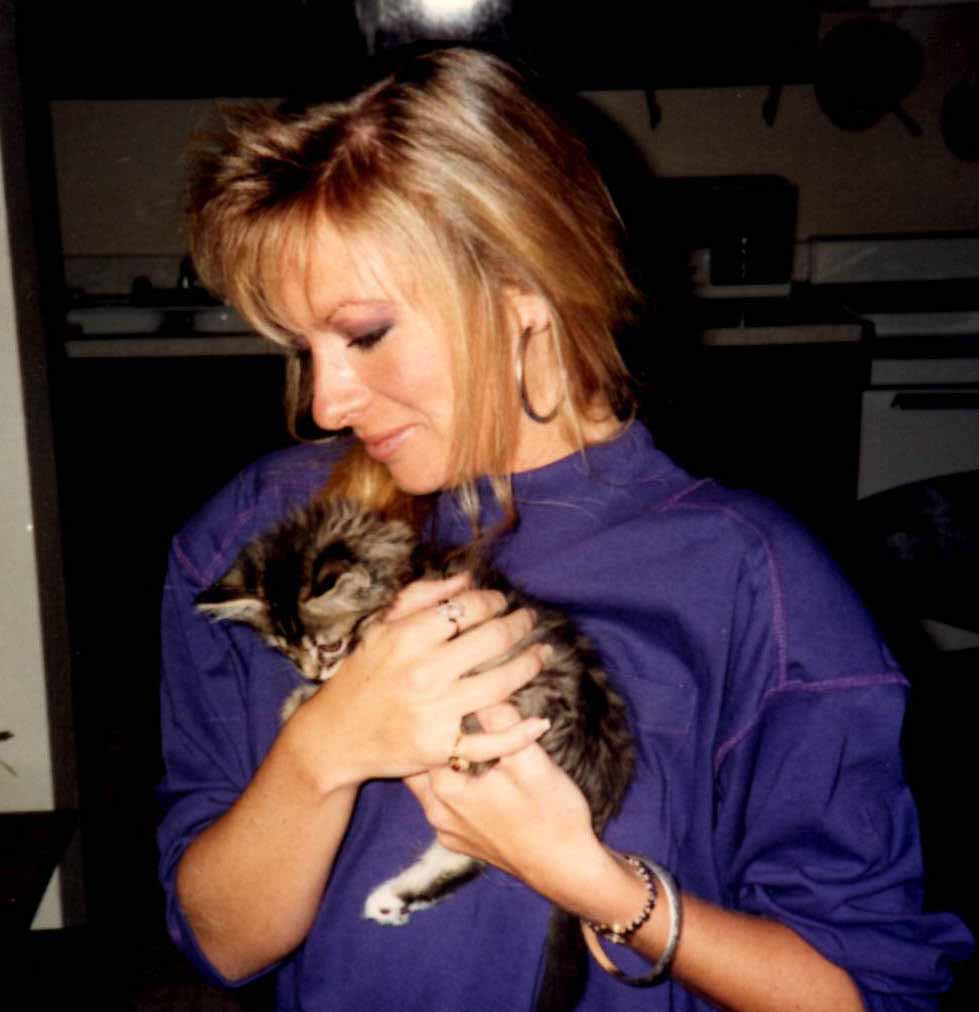 I reached in and gently lifted a black and white ball of fluff, who squirmed around anxious to get right back into the safe confines of the box. The only kitten with tabby markings looked up at me and quite purposefully said, “Meew, mew, MEEEEW!” I picked him up and held him to my face. He stared at me with the brightest blue eyes I’d ever seen. He didn’t squirm; he wanted to be cuddled and started to purr as I held him close to my chest. “I’m taking him,” I announced, not caring anymore about the “no pets” provision in my lease.  I was smitten with the kitten and decided to break the rules. My co-workers squealed with excitement. We talked about names for the kitten with big blue eyes and tabby markings.  Without hesitation, I declared, “Frankie, you know, Ol’ Blue Eyes.” 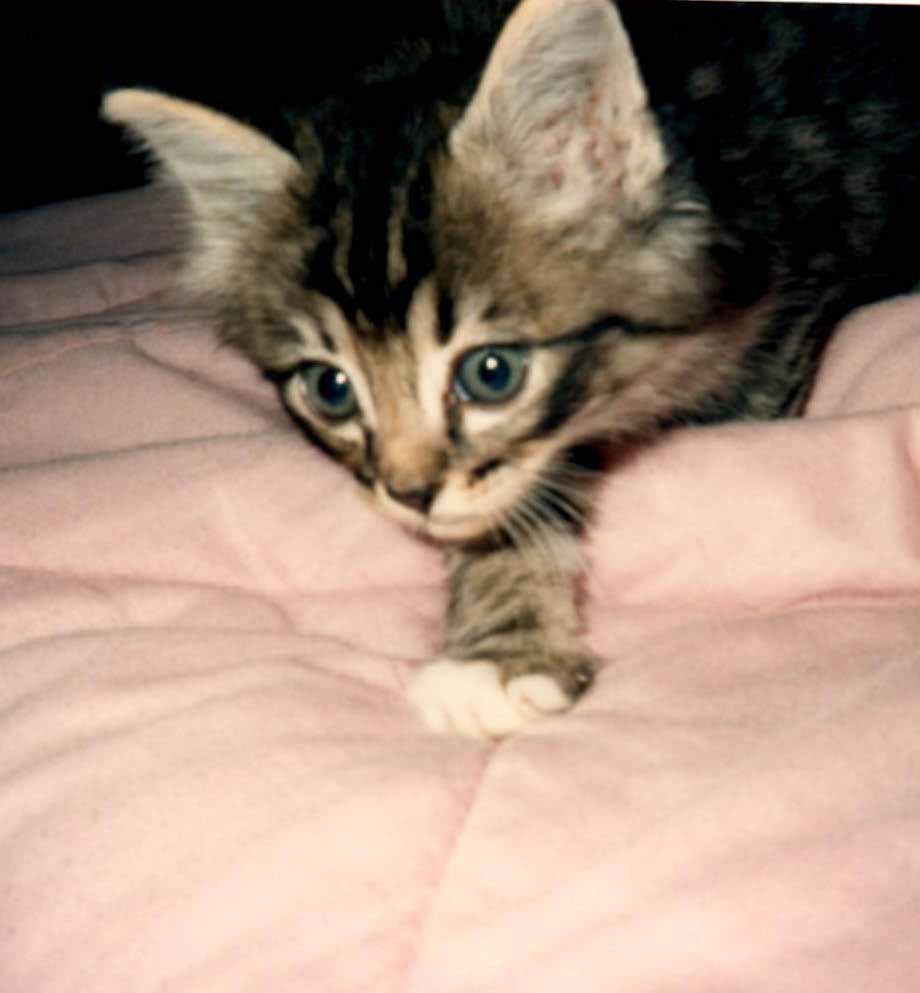 It was a perfect fit. The blue-eyed kitten crooner would be named after one of our most beloved entertainers,  Frank Sinatra.   I kept Frankie in a box under my desk until quittin’ time. I don’t know how my boss never knew, because Frankie serenaded us with his meows all day, but I managed to pull it off. After taking him to the vet I learned he was only six weeks old. I fed him baby formula from an eyedropper for the first couple weeks, and he slept in a shoebox lined with a towel.  Frankie grew-up quickly and soon was old enough to jump up to the kitchen window ledge where he would watch over the courtyard,
and which is where my landlord saw him. 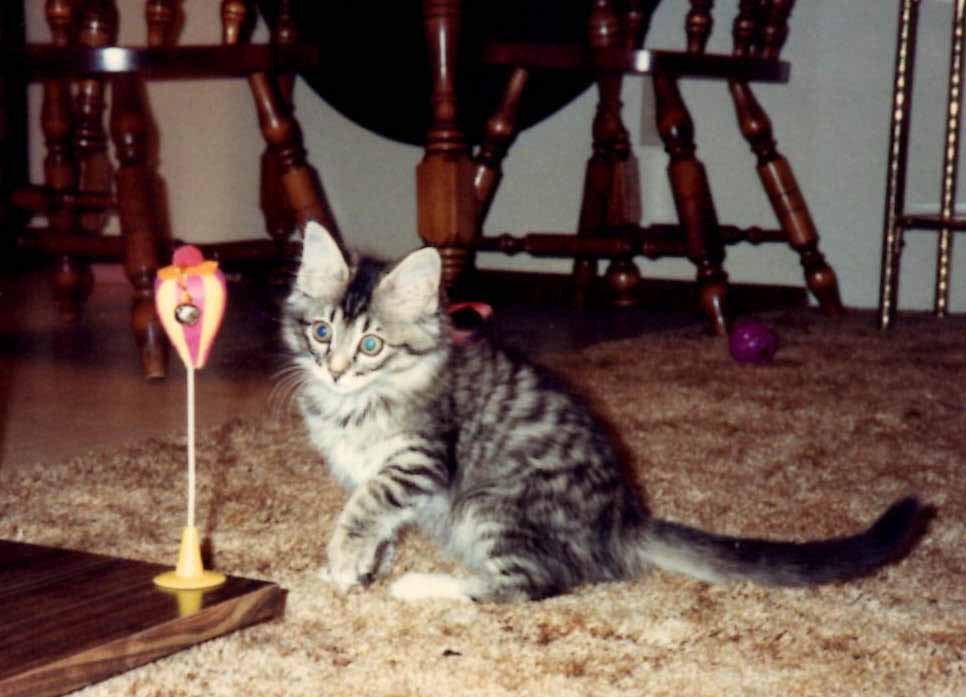 When Frankie was about 3 months old we hit the road and found a new cat-friendly place to live. Other changes occurred when Frankie turned 3 months—his baby blues turned to a gorgeous shade of gold. 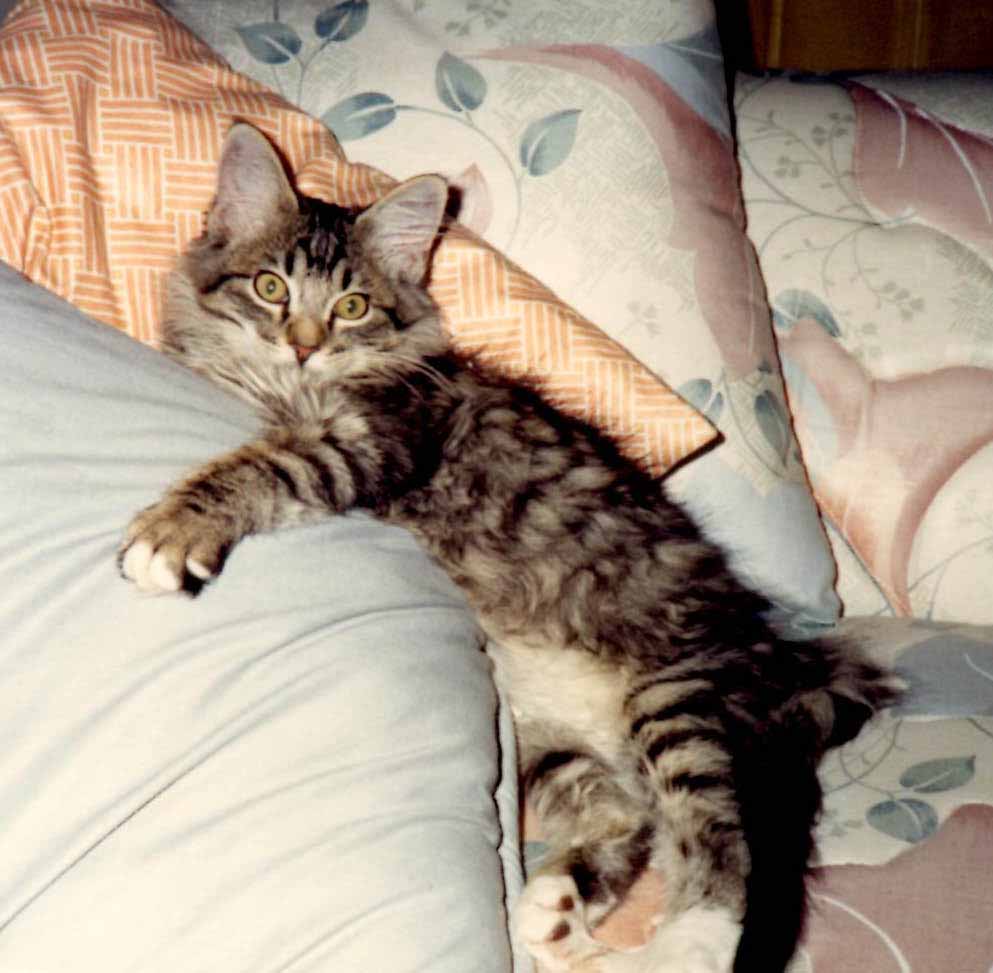 I learned my first lesson in feline physiology—all kittens are born with blue eyes, and except for certain breads, (Siamese, Birman and Himalayan) kittens’ eyes change color at about 3 months old. The new eye color didn’t matter. 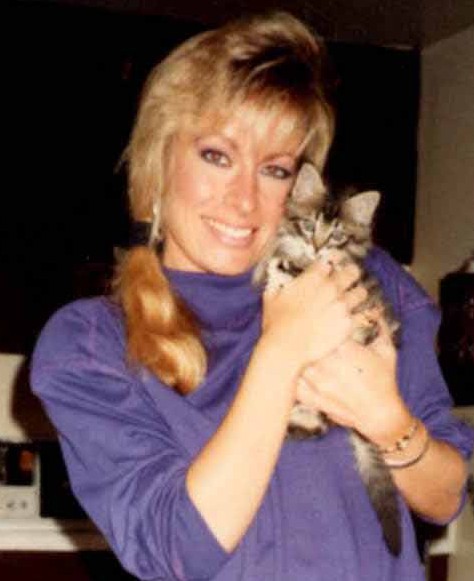 When I looked into his gorgeous gold eyes, he was still Ol’ Blue Eyes to me. He entertained me with his kitten antics, still serenaded me with his meows, and was a handsome little devil.